Blog
You are here: Home1 / Blog2 / Black Dog Blog3 / Whatever happened to Jeunet’s The Young and Prodigious T.S. Spiv... 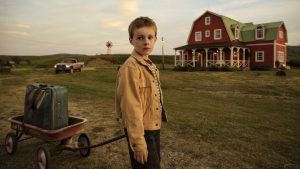 Remember that guy that directed some of your favourite French films including Amelie, Delicatessen and City of Lost Children? Ya, that guy. He made another whimsical sounding fun flick but then had endure the wrath of chop-happy Harvey Weinstein. Check out this article for the deets.