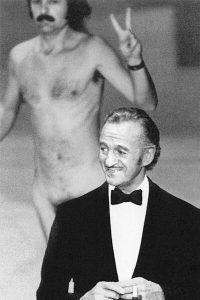 In lieu of the regular newsletter (new films won’t be arriving until Friday evening) we bring you this extra special Oscar edition!

I don’t know about you but I’ve heard that it’s the Academy Awards weekend! And I don’t know about you but, even though I work and have worked for many years in this industry, I really don’t give a rat’s fart about the Oscars. I love movies and talking about movies and I love making lists about movies and so forth but the Academy Awards have rarely ever reflected my tastes in what are considered to be the best films of the year.

Thinking back, the most recent film to win the BIG PRIZE that I considered worthy was No Country for Old Men in 2007. There have been some good films – Spotlight, Moonlight, – something else with the word Light in it – but these never made my top picks. Maybe it’s because I’m a weirdo and have strange tastes (hell The Greasy Strangler made my top picks in 2016!) but “favourite” anything is always subjective, so whatever. Here’s my list for the best films I saw in 2018 (some came out in 2017 but I didn’t get a chance to see them until well into 2018).

One of my customers, Jon (who inspired this edition of the newsletter), does an annual list of Oscar this and Oscar that. Check out his predictions and things here.

And here’s my predictions for this year’s BIG SHOE..

Prediction – Bohemian Rhapsody – in keeping with the Academy’s poor voting record.
My Pic – You Were Never Really Here

Prediction – Alfonso Cauron – Academy likes the Mexican directors!
My pick – either Spike Lee (about friggin time!) or Lynne Ramsay (You Were Never Really Here) – be nice to see a woman nominated – or Gaspar Now for creating one of the craziest, most awesome and intense films I’ve seen in a while (Climax).

Actress – Note – I haven’t seen any of these movies.

Prediction Glenn Close
My Pick – Toni Collette (Hereditary) or Glenn Close (always good dating back to Garp) or Olivia Coleman (loved her in Broadchurch!). I’d like to see Lady Gaga win just to hear that sentence.

Actor – Note – I haven’t seen any of these movies.

Prediction – Rami Malek – for having to wear those teeth or Christian Bale for getting really fat and ugly and acting like a Dick.
My Pick – Joaquin Phoenix and his hammer (You Were Never Really Here) or Ethan Hawke (First Reformed – easily his best work) or Willem Dafoe – Loved him in everything from To Live and Die in LA to Shadow of the Vampire.

I’m not going to do best dramatic short animated feature or any of the other categories. I hope you’re OK with that. Anyways enjoy the Oscars if that’s your bag. I’ll be watching (only because I’ll be in a bar with my friends).

I’ll have a regular newsletter next week with some actual films that we have for your viewing pleasure. See you on the other side.

The Black Dog Newsletter February 14-20 “Love is in the Air Edition!&...Is Brick and Mortar Built to Last?
Scroll to top