Here we are – October – the best month of the year! And it wouldn’t be October (Shriektober this year) if we didn’t put together our annual horror film recommendation list. We’ll try to only include some smaller numbers for your enjoyment, no Shining, Halloween etc. If you’re sitting comfortably, then we’ll begin.

Witchfinder General (1968) – Creepy Vincent Price (is there any other kind) traipses  around the English countryside with his trusty pricker-aid murdering folks accused of witchcraft for profit. Based on a real terrible guy! Great atmosphere, some shocking violence, for the time, make this an excellent way to kick out the jams.

Host (2020) – Fun, creative lock-down pandemic horror movie tells the tale of what happens when 6 friends do a zoom call with a medium to see what happens. Can you guess what happens? It’s not good.

The Blob (1988) – I prefer this remake to the Steve McQueen original as it’s more gross, better effects (of course) and quite funny. Good gooey blob movie!

Who Can Kill a Child? (1976) – Nice couple of tourists look to vacation on an island where all the kids have murdered all the adults. Well, that’s not where they were actually looking to vacation, it just turned out that way. Excellent, strange, haunting and, at times, disturbing stuff.

Relic (2020) – Nice Australian take on the “does grandma have dementia or is the house haunted?” tale. Lots of creepy atmosphere enliven the proceedings.

Vampyres (1974) – A couple of naughty, sexy vampires lure unsuspecting English men to a remote castle where they feast upon them after much awkward kissing. They shared the pleasures of the flesh and the horrors of the grave! Fun stuff!

Opera (1987) From Argento’s heyday comes this wonderfully twisted tale of stalking, opera and eye needles. All presented with his style and flair for the obscene. Nice.

Saint Maud (2019) Great slow-burn craziness ratchets up the tension as we follow a pious nurse and her unhealthy obsession with a dying patient. Loved this film. It’ll be on my best of the year list.

Rituals (1977) – Who’s killing the nice doctors out in the woods? Forget The Blair Witch Project and enjoy this nice, tense descent into woodsy hell. And it’s Canadian!

The Dark and the Wicked (2020) Brother and sister travel back to their parent’s secluded farm to watch their dad die. Good times, right? But what else is going on here? Something sinister perhaps? It is a horror film. 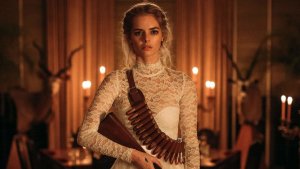 Ready or Not (2019) – Fun take on The Most Dangerous Game theme – New bride meets the eccentric family of her new beau. They force her to “play a game”. Little do they know that she’s up for the challenge. Much carnage and mayhem ensue. 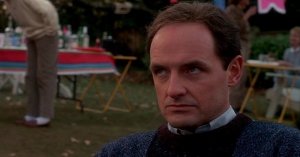 The Stepfather (1987) – Secret families, gruesome murders and real estate are the order of the day as psycho Terry O”Quinn tries to balance his work and family life with little success.

Housebound (2014) – A young woman is under house arrest in her childhood home. But is there something else lurking about in the house with her and her mom? Something evil? Loved this fun horror/comedy from New Zealand. 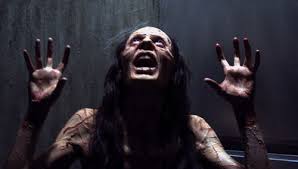 Martyrs (2008) – Not for the squeamish or those with delicate sensibilities. This  nasty, amazing piece of business follows a young woman’s quest for revenge on her childhood kidnappers and tormentors. Skip the American remake, as usual. 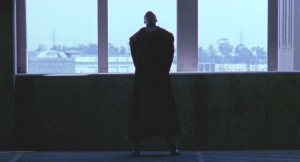 Candyman (1992) – Not the bio-pic of Sammy Davis Jr. I was expecting! I had never seen this until last night. This urban folk-tale, bee-infested horror show was way better then I imagined. I never thought a hook for a hand would be a good weapon but Tony Todd proved me wrong. 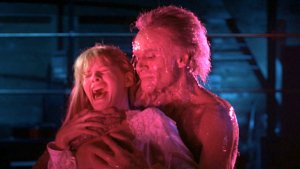 From Beyond (1986) – Love these 80’s crazy films from Stuart Gordon and Brian Yuzna (Re-Animator, Society, Castle Freak) and this one is some gross kinda fun. Stars to of our favourites – Barbara Crampton and Jeffrey Combs in this squishy tale of other dimensions and strange creatures. Crawl (2019) – Pretty fun “alligators are loose in the house/neighborhood during a big hurricane” type of movie. I love it when animals attack! 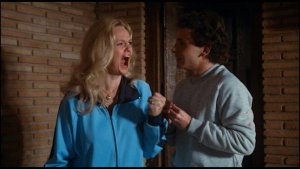 Pieces (1982) – This movie has it all; gore, nudity, insane dialogue, over the top acting, jigsaw puzzles! Loved this crazy piece of eighties nuttiness. BASTARD!!! 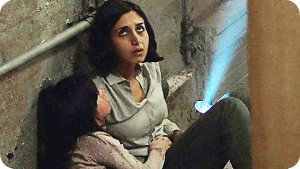 Under the Shadow (2016) – How many Iranian ghost story films have you seen? I can probably count them all on one finger. And it’s an excellent finger! Errr film. 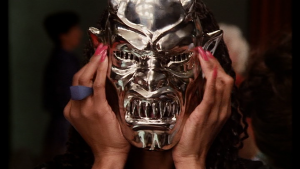 Demons (1985) Bunch of randos get invited to a mysterious movie screening only to find themselves at the mercy of some ill-mannered demons (hence the title). Fun, gory shlock from Italy is quite the blast! 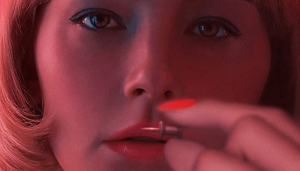 Swallow (2019) While not a “scary”horror film it’s definitely a squirm-inducing, unsettling film as we follow newly pregnant Hunter as she increasingly ingests things that she shouldn’t while dealing with controlling pressure from her family. Really liked this one! Phantasm (1979) I remember stumbling across on late night TV when I was a kid and it totally freaking me out. There’s so much going on in this wonderfully deranged film – the Tall Man, freaky dwarfs, flying killer balls, ice cream truck, other dimensions, pony tails. I love this film! Shutter (2004) – Here’s a nifty, terrifying ghost story from Thailand! After a nasty accident a couple of photographers start seeing things in their photos that shouldn’t be there. Get on this one if you already haven’t. 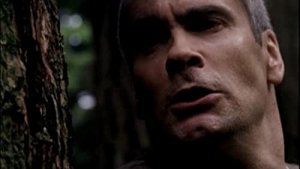 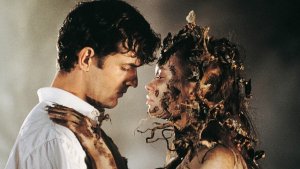 Cemetery Man aka Dellamorte Dellamore (1994) – A young Rupert Everett has to keep the dead at bay (they keep coming back!) at the cemetery he works at. At turns bloody, hilarious, sexy (yes sexy) and surreal with a crazy mind-snapping ending! A stone cold classic! 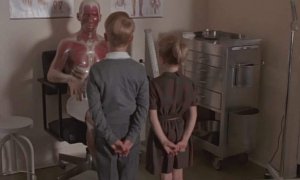 Pin (1988) – Ever wonder what your life would be like if your only friend was your dad’s atomically correct office dummy? Well now you can find out with this wonderful little Canadian effort. Make a good double bill with The Stepfather as I thought this could be Terry O’Quinn’s other secret family. New Nightmare  (1994) – In honour of our Freddy Marathon for the Food Bank happening in-store today, I thought I’d point you at one of the least seen Nightmare films. I really liked this post-modern (is that still a thing?) take on the story that has Wes Craven, Heather Langenkamp and Robert Englund playing themselves trapped in Freddy’s world. 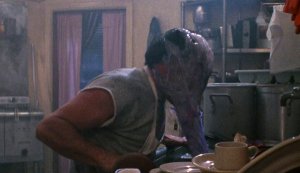 The Blob (1988) – This is the blobiest blob movie that you’ll ever need in your life! Contains great practical effects and hilarious 80’s, well, everything! We had a blast doing this for the podcast last year! Get some blob into you this Halloween! 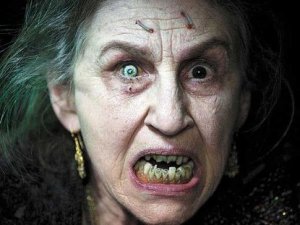 Drag Me to Hell (2009) – This is what I need in my horror films – good scares, good laughs, good old hag fight in a parking garage! My favourite Sam Raimi film and one of my favourite horror numbers. Happy Halloween everybody!