Shop local. That’s all I have to say. Well that and a few more words about shopping local. I know that it’s easy to sit back, make a few clicks and have some poor schmuck in an Amazon warehouse somewhere in the wilds of New Jersey lurch on down the isle and grab your  designer bread gloves or your flavoured wallpaper to ship to your home. Some more adventurous types might even make it of the house only to trot on down to a Walmart or Winners or some big box nightmare in the hopes of saving a few bucks on some alarmingly inexpensive items. But is it really worth it?  Most of the cheap stuff at these places is cheap for a reason – it’s made overseas by underpaid, sometimes tortured, women and children – and it inevitably falls apart faster than Donald Trump’s presidency (here’s hoping anyways). Is the best that we can do? Where’s the value? 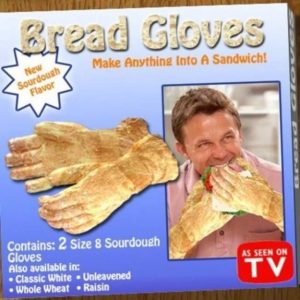 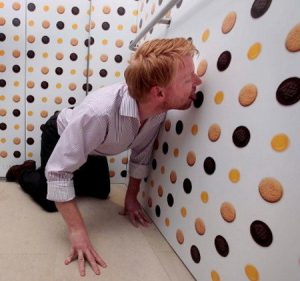 It was just after 10pm when Tim’s LSD kicked in.

You know where there is value? In supporting your local neighbourhood shops and services. Imagine walking down the Drive or the Cambie Village and having most of the stores boarded up or having them replaced by a money mart type of hell-hole or pizza by the slice joints? How depressing would that be? Part of what makes living in these hoods amazing is the variety of fine little stores and restaurants and services. The more folks that don’t support these local haunts, the lesser the quality of life becomes for everyone. I mean, really, wouldn’t you rather support some small independent place where you get to know the staff, enjoy the atmosphere and experience or would you rather give your hard earned dollars to giant soulless corporation that dons’t give a rats ass about anyone but their shareholders? 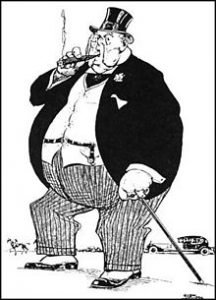 Here at your local video store we aren’t still doing this because it’s going to make us filthy rich! Far from it. We’re still doing this because we love what we do and believe in the importance of still having this collection of films available to all of you. And it’s because of you fine folks who continue to support us that we are still here. Obviously I understand what’s going on in this increasingly online world but it seems to me that things might be moving a little too fast. In the last 5 years or so we’ve gone from a proliferation of great stores  – Videomatica, They Live, Happy Bats, Limelight, Independent Flicks, Applause – to just us. That’s insane. To me it’s a cultural thing that’s been lost and nothing of substance has come along to replace it.  Netflix is fine for their original programming but they are abysmal in their film selection. Torrent sites are of dubious quality and are being shut-down left and right. Apple and Shaw on Demand and their ilk have, outside of expensive new releases, nothing to offer. I just don’t get it. Are we supposed to just settle for the content that they say we can watch? Have we become so lazy and accustomed to convenience that it just comes down to the fact that we don’t want to leave the house? Bullshit! That’s what I say. It makes me sad and more than a little angry that we’re now on the endangered species list. The way I see it is there is room for all of us to exist. All it would take is just one or two visits to Black Dog a month from all you amazing movie lovers to help us continue to provide to you the best of what cinema has to offer.

A passerby observes the video store in it’s natural habitat…

And I’m not here just yaking at you about supporting Black Dog, but also all the fabulous little joints the dot our landscape. There are so many great shops up and down the hubs of this city – record shops, bookstores, clothing and stuff, restaurants, the list goes on – that need your support, especially at this time of year that’s is so crucial to so many businesses. Would you rather help pay for another helicopter landing pad on the CEO of Amazon’s yacht or would you rather support the people and their families that contribute to making this great grey world a little brighter? 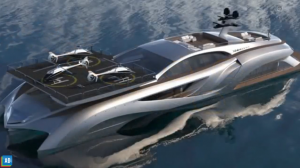 “Think we can squeeze one more on there?” says, Money C. McYachtington

So if you want to support a place that offers great service, an amazing collection of films that you’re not going to find anywhere else in town (or online for that matter), chat with our wonderful, knowledgable staff and go home with something great, drop in anytime (well, when we’re open)! Or if you want to settle for mediocrity and give your dough to some fat cat millionaires who don’t give two fucks about you, then by all means please do so. But just think about the end result of all of that. And this doesn’t stop at our door, check out all the other fabulous shops, not just in the hoods already mentioned, but wherever you live. You’ll be glad that you did.