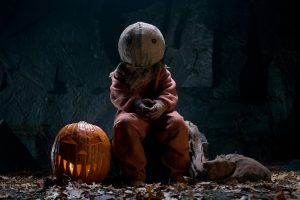 I’d love it if this was my kid…err..his Halloween costume that is.

I’ve always been a big proponent of Halloween. Is that even the right word, proponent? How about I’ve always fucking loved Halloween! That sounds better. But this year something went wrong. I wasn’t up for the challenge. I opted out of Halloween and instead decided to play hockey. I told myself that it’s not big deal, that maybe some residual effects from the trip encouraged my apathy towards the big day. To be honest I haven’t been interested in doing much for whatever reason since being home from our adventures. You’d think it would have been the opposite.

But Swanson, my sprog, was all over Halloween. Of course he was, he’s 10. He did his best to try to change my mind – “Dad, who would you rather let down, your hockey team or your son?” Ouch. Up to that point I was like, well he’s going out with his friends and all I would do is stay home and give out shitty candy to all the “wonderful children of the neighbourhood” as he puts it. I had many rationalizations and much like many rationalizations, they were bullshit. I think I came up with them because I had a game scheduled (and really, what cruel knob schedules a hockey game for 7pm on Halloween night? Knob.). So I went to hockey. I should have listened to him because pretty much immediately after I left for the game I felt I had done the wrong thing. And especially after getting home and him telling me how much fun he had, I felt pretty terrible.  I apologized for being a bad dad. He was OK but he also told me, “I knew you’d regret it, Dad. That’s why I tried to talk you out of going”. When did he become smarter than me? Anyways, I did learn a valuable lesson about not being such a selfish jerk (I rarely am by the by) and doing stuff that really matters.

Christmas is coming. I doubt that there’s anyway of getting out of that! But I’m surprised at myself because I’m actually looking forward to that festive season more than I have in a long time. Maybe I missed Christmas travelling the world – we had a lovely time over the holidays in Thailand last year but it’s really not the same. “Shut-up!”, everyone’s saying, “You were in freaking Thailand!”. Maybe I’m just getting old and nostalgic in my advanced years. But there is much to enjoy about season. Most folks are in a good mood, the seasonal stouts abound in all directions, I get to cry at A Christmas Carol again while sipping on some Schnapps, Drambuie or some other strong brown liquor by the twinkling lights of the tree we murdered and dressed up to put in the corner of our living room. It’s all good. I just hope that there’s no hockey scheduled. 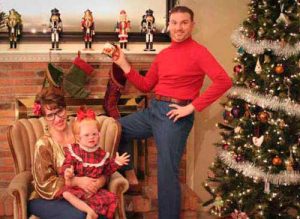 Black Dog Video Newsletter November 2nd to 8th, “The Day After The Day...For Those Who Love to Love Love
Scroll to top