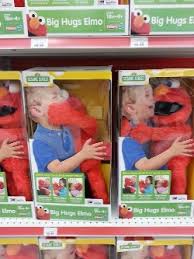 Twas a fine year for films, one of the better years in recent memory. 2014 made 2013 look like a big pile of puke in comparison. This is Black Dog’s list of what we thought were among the best things that cinema had to offer in the year of our lord, 2014. Grand Budapest Hotel seemed to be a popular film amongst the staff. Great film. Doing up my list I couldn’t help but wonder what would have been on John’s list. He had the most eclectic taste in film. It probably would have include some great art-house foreign flick – I’m guessing the new Dardenne Brothers film – whatever Mike Leigh or Ken Loach put out this year and maybe some action (was there a new Die Hard film this year?) or horror flick. Miss that guy.

Anyways without further ado (no more ado for you!) here’s what some Black Doggers liked this past year. (We’ll have a few more lists – including mine – next week)

And here’s what tinkled Alex’s fancy…

And from Amanda we have…

Best in the realm of TV

From RJ we have this fine selection…

10. Nightcrawler. Gylellenhaal and Rene Russo do some mighty fine acting in this tense thriller.
9. Ida. beauty and sadness often come together. Visually stunning.
8. Birdman. Michael Keaton really is a super hero. Innaritu makes a movie that isn’t depressing and guess what? .. It’s really good! The cast is on fire!
7. It Follows. Forget the Babadook! This movie s the most original horror movie in eons.
6. We are the Best!! Rebels with a cause! 80s punk teen girls rule!
5. Blue Ruin. A thrill ride thats never lets go and begins where you think it would end.
4. The Wonders. Italian new comer Alice Rorwacher’s coming of age story is true magic. Sweet but real with a hint of fantasy.
3. Under the Skin. Creepy Arty Genius. Glazer is a master of visual stimulation. Best soundtrack of 2014
2. Clouds of Sils Maria. I almost wrote this movie off and took a chance and was blown away. Layered and complex study of acting, actors and egos. Assayas has redeemed himself.
1.Force Majeure. This is the kind of movie that makes going to the theater worth every penny. A truly modern comedic masterpiece. Snow avalanches aren’t the only kind of disaster awaiting a family with deeply rooted issues .

-Godzilla-dumb dumb dumb…ugh!
-Muppets most wanted…way too long and not funny enough…
-The Sacrement- ti west please some back and make a good movie! please!

The Taking of Pelham One Two Three (Joseph Sargent, 1974)
A whip-crack 1970s thriller, with plenty of authentic grit and grime, awesome performances, and a perfect ending.

I Killed My Mother (Xavier Dolan, 2009)
Heartbreaking first feature from Canada’s boy genius. This kid whips out a screenplay in the time it takes me to fold my socks.

Brother’s Keeper (Joe Berlinger, Bruce Sinofsky, 1992)
Before they made Metallica cry, Berlinger and Sinofsky made a name for themselves with this forthright bit of investigative journalism that is equally charming and creepy.

Gates of Heaven (Errol Morris, 1978)
Morris’ first stab at a feature documentary is like the most serene psychosis, quietly burrowing into the lives of the seemingly ordinary and unearthing the perfectly weird.

Mysterious Skin (Gregg Araki, 2004)
By avoiding provocation, Araki makes his most provocative film. One of the most honest films about surviving abuse ever made.

On the Shelves This Week

Not much. This is traditionally a very slow period for releases. January looks tremendous though! 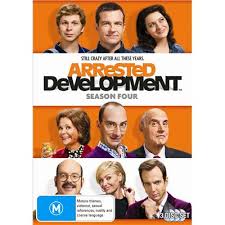 Arrested Development Season 4 – It’s about friggin time this thing was released for all of us folk to enjoy. I hear that it’s great – maybe not as great as the first 3 seasons but you’ll want to see it none-the-less. Trust me.

Happy viewing, my lovelies. We’ll have more picks for you next week (next year!). Hold on Tight.