Look at this spooky wizard dog!!!! 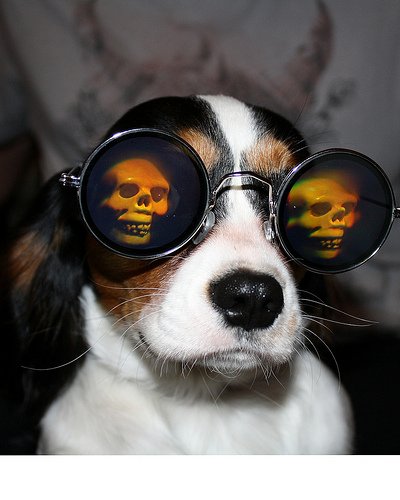 Another Great Week in Movie Land

October is already three quarters of the way through and weird warm weather is probably keeping you outdoors longer these days but we’ve got a week full of exciting new releases that will make you want to coop yourself up indoors for a while.

Also Halloween is coming up! We’ll be giving out candy and other treats to kids this Saturday the 25th as part of the Cambie Village Halloween Hunt. If you’re in the mood for some spooky movies we have tons of recommendations and a vast selection of horror films at both locations. 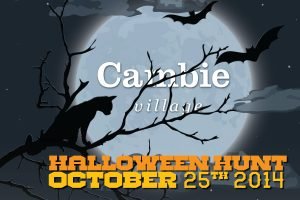 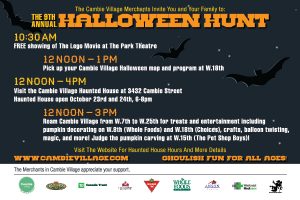 Thanks to everyone who came out to Video Store Day and everyone who bought raffle tickets. We were able to raise a lot of money for the Greater Vancouver Food Bank!

We’re still waiting on the new batch of T-shirts but I will keep you posted on when they arrive!

But now on to what you’ve all been waiting for: 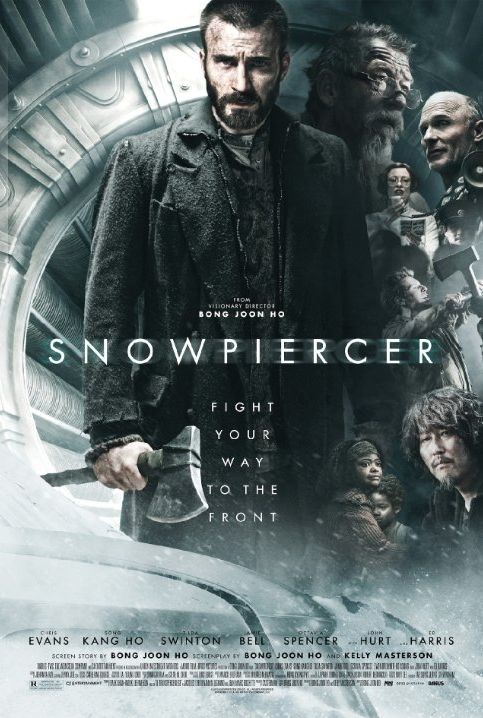 Snowpiercer
Korean director Bong Joon Ho’s first English-language film has been much talked about. And for good reason, its most excellent. The film is set in a post apocalyptic world where the earth has been ravaged by global warming (and freezing). The few human survivors left all live on a train that circles the planet which has developed its own class system. Things go awry when the lower-class passengers start to revolt against the higher class train cars. It stars Chris Evans, John Hurt, Ed Harris and the fabulous Tilda Swinton. 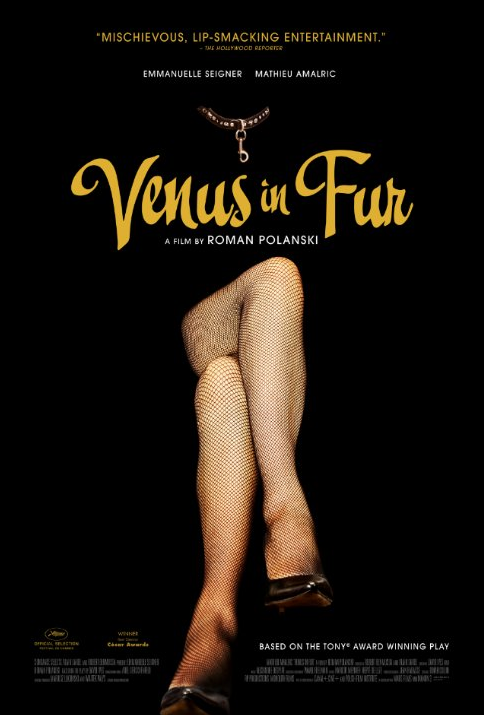 Venus in Fur
Roman Polanski is back with a new movie based on a Tony award winning play. The main character is played by Mathieu Amalric who looks like a younger Polanski and plays a man sick of auditioning actresses who don’t fit the part until a certain femme-fatale shows up. The audition becomes intense and eventually turns in to an obsessive fascination. Polanski has directed some great films. I’m not too sold on his latest few movies but this one sounds intriguing. If you’ve never seen Knife in the Water, Cul-De-Sac, Rosemary’s Baby, The Tenant or any of Polanski’s older films we have most of them and I recommend checking them out. 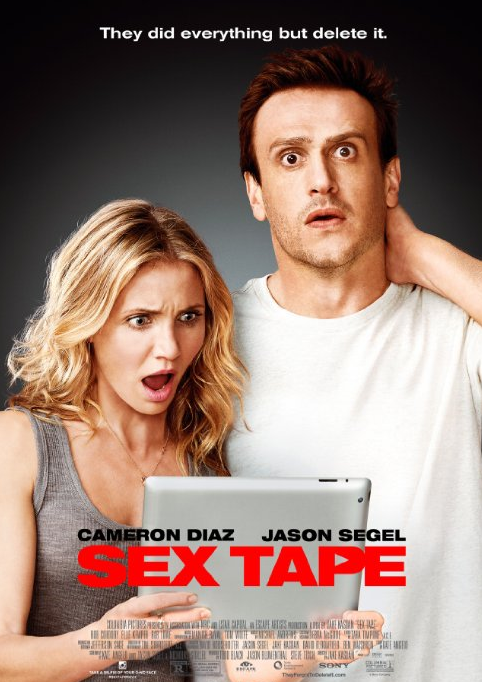 Sex Tape
Cameron Diaz and Jason Segel play a married couple who decide to spice up their love life with a video camera. But wait – all of a sudden their video becomes public. They then have a madcap adventure to trace the leak of their private video. Whoops! Maybe they shouldn’t have shot their sex video on an iPad! 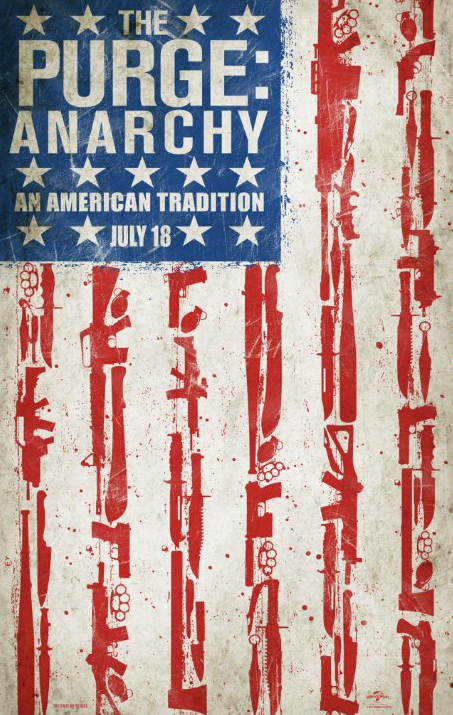 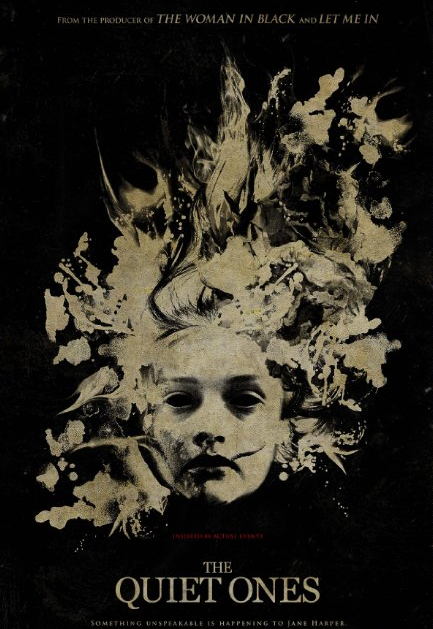 The Quiet Ones
Here’s another horror movie in time for Halloween. This one stars the lovely Jared Harris as a non-traditional university professor who in the name of science and supernatural research winds up in a spooky old house with a possessed girl and a spooky doll. Those things together sound like the perfect horror combination. I would watch this just to see Jared Harris’ character try to maintain his cool British nonchalance while there are demons and such trying to spook him to death. 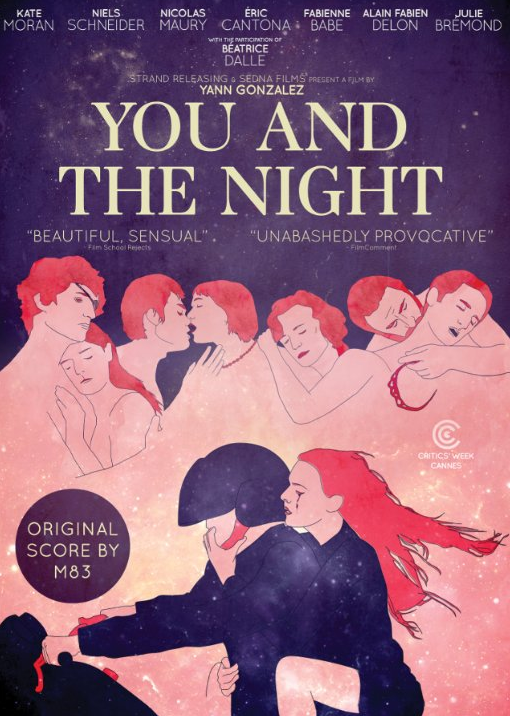 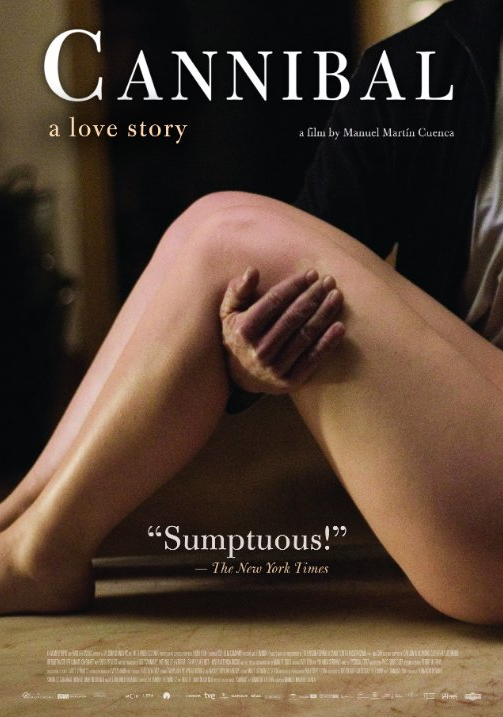 Cannibal
This Spanish-Romanian-Russian-French co-production film is about a highly esteemed tailor who is also a serial killer and cannibal. It’s insane how many films and TV shows there are about serial killers. There are probably more movie serial killers than the number of actual serial killers ever in all of history combined. That being said this is about a serial killer who finally falls for a girl after he’s already killed and eaten her identical twin sister. Aw, that’s so sweet! Maybe save this one for Valentine’s day? 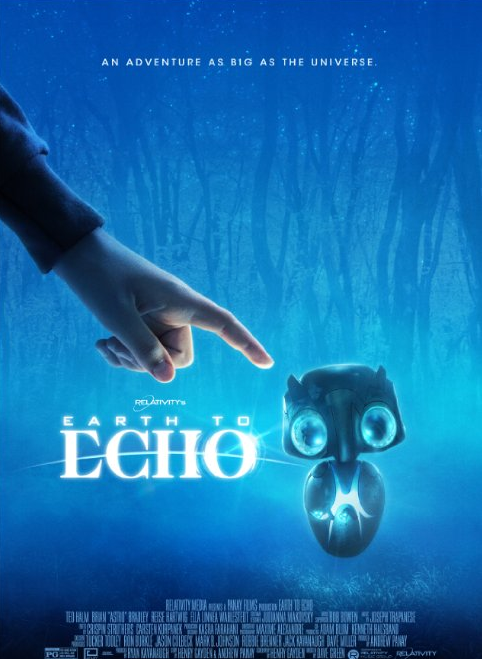 Earth to Echo
A bunch of kids find an adorable tiny alien and try and figure out how to help him get home. Like a cuter ET meets *Batteries Not Included*? Perhaps! 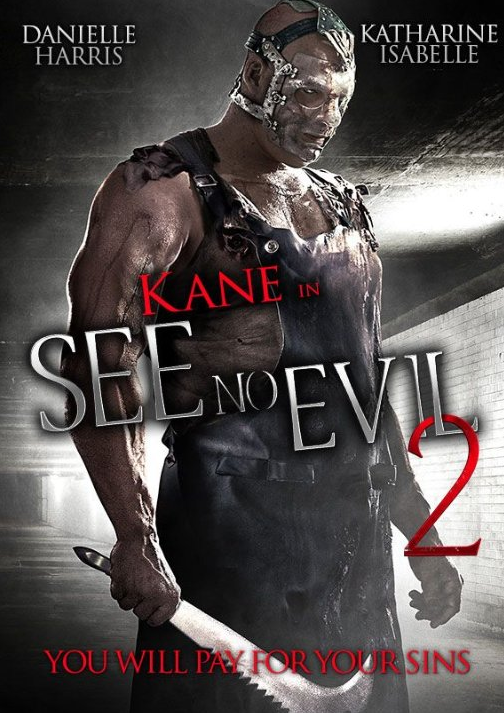 See No Evil 2
Ah finally, the sequel to the 2006 film See No Evil – which we peculiarly don’t have in stock. The reason that we do have this film is because it’s directed by local horror superstars Soska Sisters of American Mary fame and it’s actually supposed to be quite fabulous. ! I’m sure you’ll be able to watch this without having seen the original though. This stars a professional wrestler as an undead man who is discovered at a morgue where a bunch of friends just happening to be partying. Too bad for the partiers because this psychopath is probably going to kill them all in overly-theatrical ways and then mutter some witty one-liners. 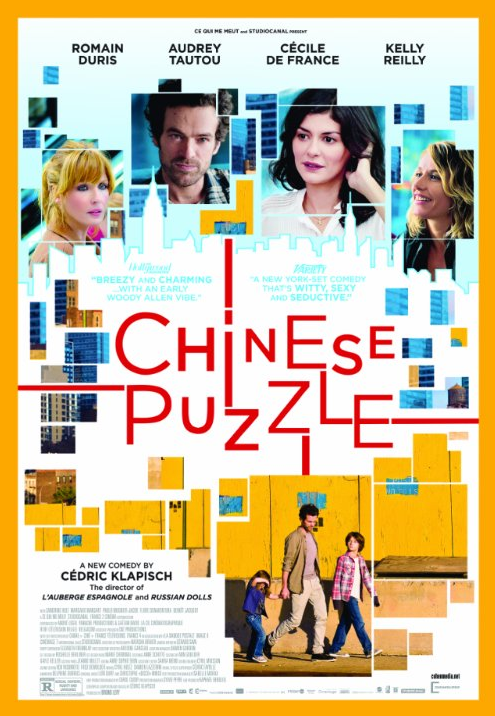 Chinese Puzzle
What do you know it’s another sequel to French the films L’Auberge Espagnole and Russian Dolls! By now the main characters have gotten divorced, but when the ex-wife moves with the children to New York their father is forced to follow. This dramatic romantic comedy is sure to have lots of French fish-out-of-water escapades. This third and final installment of the “Spanish Apartment Trilogy” stars the always delightful Audrey Tautou. 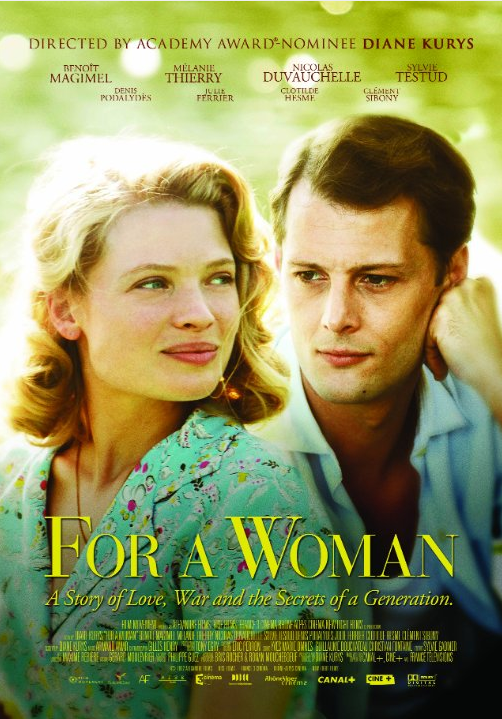 For a Woman
The semi-autobiographical French love story of a couple who meet in a concentration camp told by their daughter decades later. 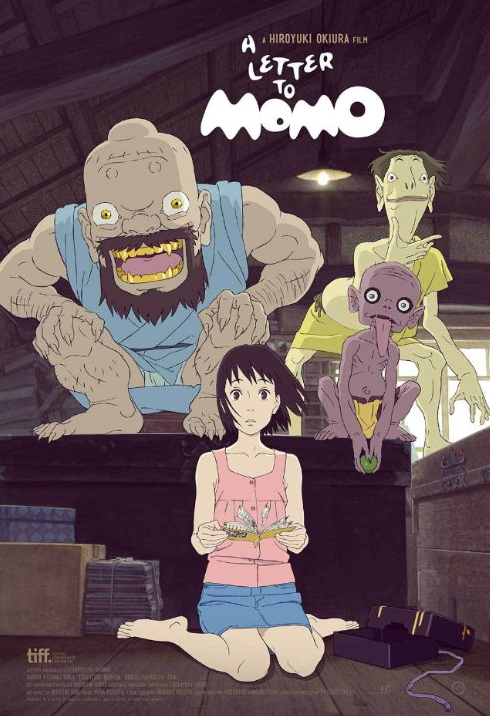 A Letter to Momo
Here’s a cool looking new animated film from the makers of Ghost in the Shell and Jin-Roh. This supernatural anime features thousands of squirming, morphing ghosts and spirits. After her father dies, young Momo moves to an isolated Japanese island with her mother. She discovers a trio of mischievous, goofy ghosts in her attic which only she can see. They get up to all sorts of crazy antics but also help her to discover the mysteries her father left behind. This movie sounds great and the character design is beautiful. 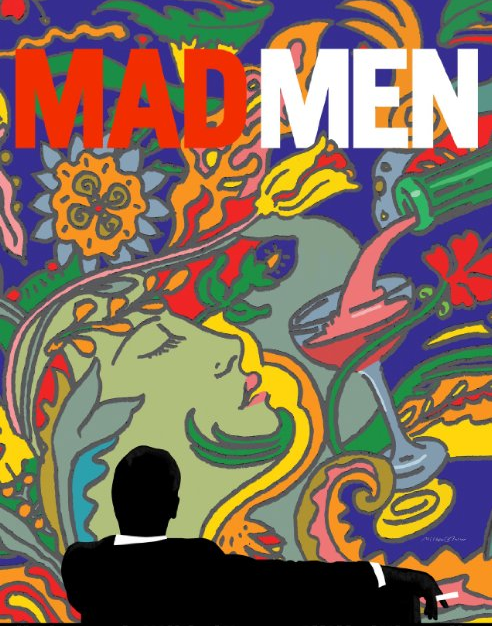 Mad Men – Season 7 Part 1
Don Draper and his ragtag gang of alcoholics are back for the first part of the last season of everyone’s favourite retro soap opera! This show is worth watching just for the amazing clothes and furniture; also, something really shocking will occasionally happen, like someone losing a toe, or an eye, or a nipple. Seriously. There are so many flesh wounds in this show! 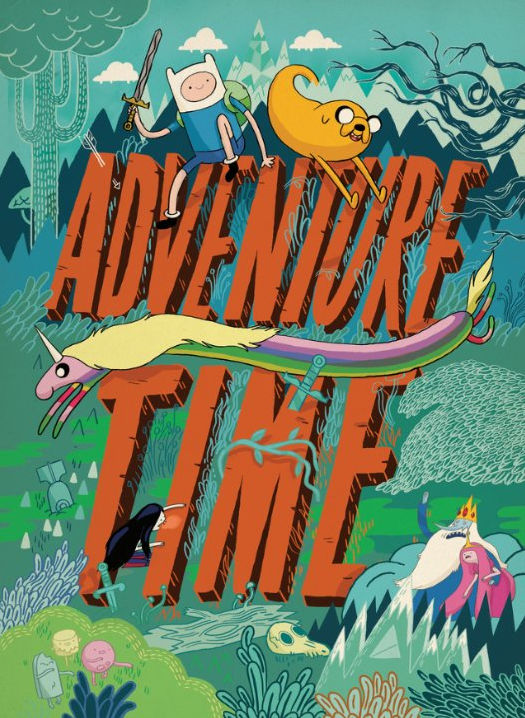 Adventure Time – Season 2, 3, and 4
This is one of the best shows on TV. For years I thought this was just another animated show for kids until I finally started watching it and then I couldn’t stop! The celebrity voices on this show are amazing and hilarious and the art is beautiful and will make you want to live in the magical world of Ooo. The show is about Fin, the last human alive after a nuclear holocaust and his best friend, a talking dog Jake who has magical powers to stretch in to any size or shape. They hang out in the candy kingdom and sometimes get thrown in to other dimensions and get up to crazy adventures with Princess Bubblegum who is the smartest most powerful female character I’ve ever seen in an animated show. The positive messages in the show, beautiful psychedelic colours, and catchy cute music are so lovely that this show will brighten your day.

Deliver Us From Evil

Wish I Was Here

**editor’s note**On a sad note, our good friend and former Black Dog employee, JR, has closed his fabulous store in Toronto. Big Daddy’s in the Junction was a fine place filled with great films and quality folks. You will be missed. What’s that saying –  When a DVD store closes, God masturbates on a kitten and then kills it? Something like that.

Well that’s it for this week. Watch a movie and pet a dog whenever possible. It will make your life better.