You are here: Home1 / Father and Son (and sometimes Wife) Film Appreciation Class

Since we’re all cooped up in our abodes while the plague ravishes the land I thought we’d put together a film appreciation class! Everyday my 14.5 year-old, we’ll call him Swanson, and I (and sometimes his mother, my wife) will take in, what I consider anyways, a classic of cinema. We’ll run the gamut from silent films to a few current selections. I’m going to try to keep it fun so he won’t get bored. It will be non-linear, as in we’ll pop around the 20th Century and explore theme’s, history, where we’re at and how did we get here. Feel free to play along and chime in with thoughts and suggestions!

The General (Buster Keaton – 1926) – Made on a rather large budge for the time – $750 K – and making only $475K – it was a big flop and almost ruined Keaton’s career. He later said it was the film he was most proud of. This action/comedy set during the beginning of the Civil War is known for it’s elaborate and crazy dangerous stunts. Watch for the scene when he rides on the cow catcher and tosses railroad ties to clear the way. Incredible.

Post – it was a fun film to watch again. I hadn’t seen it in ages. Cool score by the Alloy Orchestra. Swanson really liked it as well. When asked what he liked about it he replied, “It was funny, well-shot and I like that Buster Keaton guy. He’s short, has a big head and looks weird.”  There ya have it. 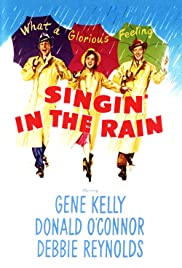 Singin’ in the Rain (Stanley Donen, Gene Kelly 1952) – Since we just watched a silent film and since Swanson loves musicals, I thought this would be the perfect film for tonight as it deals with the struggle of a film company as the adjust going from silent movies to “talkies” or, I guess, “singies” back in the day. Famous for Kelly’s wet rain number but don’t forget Donald, um, Sutherland…nope…Pleasence…nope…Duck….um nope…O’Connor! That’s it, and, of course, Debbie Reynolds. All are amazing.

Post – All enjoyed the fun dancey film. Lots of tap. Maybe too much? Naw. Swanson says, “put it on my staff picks!” He also commented that Gene Kelly looked like Spongebob Squarepants in during one particular number. 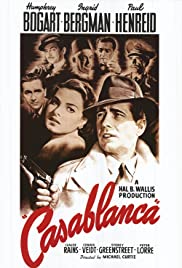 Casablanca (Michael Curtiz – 1942) Look at that cast – Bogey, Bergman, Lorre, Reins, Greestreet, others! Although Casablanca was an A-list film with big stars and first-rate writers, no one involved with its production expected it to be anything other than one of the hundreds of ordinary pictures produced by Hollywood studio system which churned out films at an alarming rate. Who’s laughing now?

Post – I loved it. As did my wife. Swanson, not so much. He liked it but found it a little confusing. I guess one needs to know a little of the history of the time to put the film in context. Still, he admired Bogie’s enormous head. 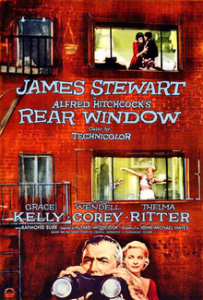 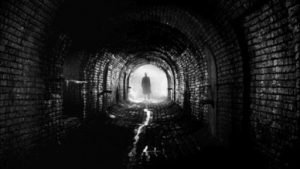 The Third Man (Carol Reed 1949) – Nice to revisit the dank dark streets of post-war Vienna and get reacquainted with the friends of Harry Lime. Swanson liked it but of all the films we’ve watched for this club so far, it was his least liked. I’ll get him an American noir in his eyes soon enough. 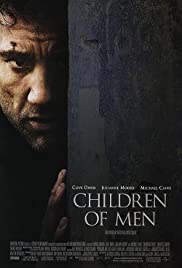 Children of Men (Alfonso Cuaron – 2006) – I thought I’d treat Swanson to something a little more current – not just when the film was made (14 years ago!) but timely in it’s subject matter – pandemic, blame the immigrants etc. Told him to focus on the details – so much going on in the background and the intense single shot takes. Still holds up beautifully although it wasn’t his favourite film we’ve watched so far. I loved it. 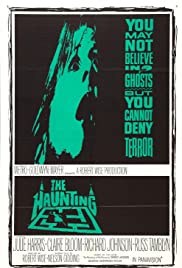 The Haunting (Robert Wise 1963) – The Haunting (original – forget the lame remake) has been one of my favourite horror films (haunted house category) for such a long time. It was our first horror film for this class and I was quite excited to show Swanson this one. I told him to look for the use of sound, art direction, editing, camera angles and shadows and the fine black and white cinematography (instead of showing you ghosts and things) to create the unsettling atmosphere and give you the chills and the scares. And to my delight (and maybe a little surprise) he loved it! The odd angles and creepy statues were highlights for him. It goes on his staff pick shelf!  That’s 4 out of 7. Not too shabby. 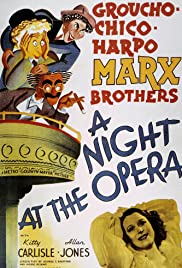 A Night at the Opera (Sam Wood 1935) – The first Marx Brothers movie and any of us had seen! And what a delight. Swanson and Wife really were head over heels for it while I enjoyed it but could have done with less opera singing and harp playing. Made us want to watch more and it goes on his staff picks! What are your favourite Marx Brothers movies? 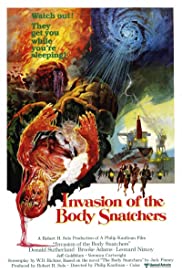 Invasion of the Body Snatchers (Philip Kaufman 1978) – I thought it might be appropriate given the times we’re slogging through. I mentioned to watch for the hand-held camera, quick cuts, camera angles and use of background noises to heighten the feeling of paranoia. And to look for cameos from the director and star of the original (which we watched last year and it’s the version that I prefer although I like this version’s ending better). It was great to watch again although Swanson felt there was too much running. 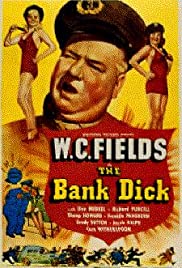 The Bank Dick (Edward Cline 1940) – Another first – none of us had seen a W.C. Fields film before. This is a weird movie. Swanson really enjoyed it (more than I did) as it has a nice light comedic tone with a sprinkling of good laughs and ends with a crazy car chase. I enjoyed the child abuse and his strange relationship with his hateful family. Bonus points for having a character named Filthy McNasty.