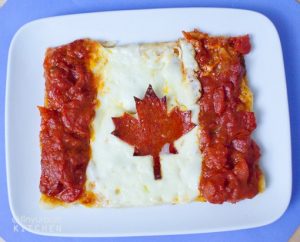 Let’s step away from chat about films for a moment and talk about the upcoming election. I don’t usually get political in my blogs and newsletters and such but I believe that this election might be one of the most important Canada has ever faced. At least it is in my 50 plus years in this country. We have a chance to steer the country away from the past horrific 9 (!) years that Stephen Harper has been PM (thank glob it’s only been 4 since he had a majority) and back to what once made this place awesome.

I could list all of the atrocities (maybe too strong a word?) that he has committed ranging from his war on the environment and scientists to his hatred of women, aboriginals and minorities, his blatant racism to his shilling for horrible international corporations. I could mention that he’s a criminal, a cheat, a bully and a coward. I could mention how he relies on fear of terrorists and other cultures to beef up his own shady power-hungry agenda. I could mention his dismal record on the economy (hello .75 cent dollar!) I could go on about how his terrifying Evangelical Christian values drives his insane psychotic lust for power. I could mention that everything he says is wrong. I could even make fun of his grey complexion, his Lego hair and his cold robot heart.  But you’ve heard all of that before. 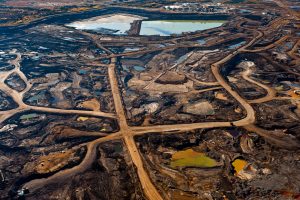 I would just like to address the voters. I don’t think that I know one single person that will vote Conservative in this election. If the Facebook bubble that I live in was any indication of how the election will turn out then the Conservative party will be crushed into non-existence. But sadly that is not a true indicator of how much of Canada feels. I am astounded and dismayed when I here of folks who know all the terrible things that Harper has done over the years but they still say they’ll vote conservative because that’s how their parents voted and that’s how they’ve always voted. It makes zero sense to me. If you grew up in a house where your folks just drank Extra Old Stock and then you drank Extra Old Stock, but knew it was a shitty beer, and then tried something fantastic like a great micro-brewed Stout or even a Guinness, would you continue to drink Extra Old Stock because that’s what you’ve always drank? I think not. So why continue to vote for the same Extra Old Conservatives? And to note – the current Conservative party bears no resemblance to the Progressive Conservatives of old. This is the Reform Party but taken to an unpleasant extreme.

If this was a movie, Stephen Harper would be the big bad, the villain, the Blofeld to James Bond, Darth Vader to Luke Skywalker (but not a Darth Vader that eventually sees the error of his ways). If this was a movie you’d be cheering as Arnold or Sly or Bruce or Van Damme (yes I’m old school) delivered a roundhouse kick to Harper’s temple, set him on fire and then tossed him into the pool of piranhas that he keeps in his backyard to vanquish his enemies.

Quick, throw him in the pool! Yes the one with the little fish with pointy teeth!

But this isn’t a movie and there’s no pool of piranhas. But we can vote. On October 19th, do the right thing. Toss Harper and the Conservatives into that proverbial pool of flesh eating fish.

Here’s a link on how to use your vote wisely.