Blog
You are here: Home1 / Blog2 / Newsletter3 / Black Dog Video Newsletter November 2nd to 8th, “The Day After The... 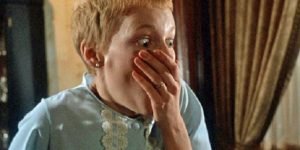 “Oh my Gawd! Look at all that bad candy!”

I hope that everyone had a great Halloween! The rain stopped just in time for all the little kids (and some big ones) to get out, collect terrible over-packaged candy and shoot fireworks at each other. When did fireworks become a thing on Halloween? I don’t remember them being part of Halloween when I was a kid growing up in Ontario. It sounded like the fall of Saigon on Saturday night. For those of you who love scary movies, I hope that you got your fill over the weekend. I watched Rosemary’s Baby, which I hadn’t seen in a long time, and it was still great – not particularly scary but just a great creepy film with amazing performances. Love Ruth Gordon. We also finished off Black Dog’s list of great horror films to watch for the festive season, 31 days of Halloween. Check it out here if you like. 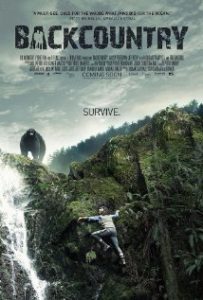 Backcountry – A nice couple get lost in the woods while being hunted by a mean black bear. Another testament to the horrors of nature and why you should never leave the house. 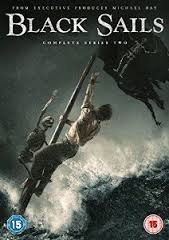 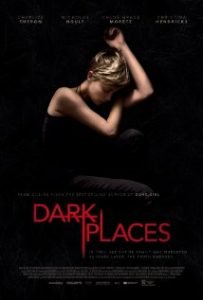 Dark Places – Charlize Theron was only 8 when her family was brutally murdered and now she’s revisiting the crime to get to the gist of the truth of what went down that bloody night 30 years ago. I read the book, from the author of Gone Girl, which was far-fetched but entertaining none-the-less so I will give this one a go. 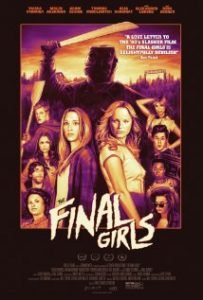 The Final Girls – Pretty disappointing send-up of the 80’s slasher films. I think that it was trying to be this year’s Cabin in the Woods or Scream but it’s neither funny, scary or as clever as it thinks it is but it is pretty boring so it has that going for it. 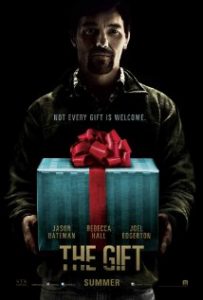 The Gift – Not to be confused with the excellent Sam Raimi film of the same name (The Gift), this one finds a dude from Jason Bateman’s past dropping off a bunch of mysterious gifts containing a horrifying secret to him and his nice family. I like gifts. Who doesn’t like gifts? Unless it’s like a head in a box or something. 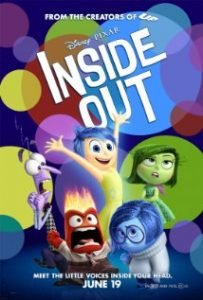 Inside Out – Pixar’s latest slice of excellence finds a young girl who moves to a new city but has her emotions manifest into cute little animated characters all fighting on how to control her as she figures out what’s what. Sigh, if only life were that easy. And interesting. 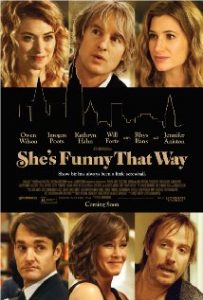 She’s Funny That Way – The latest flick from Peter Bogdanovich (Last Picture Show) finds a love triangle forming between folks working on a play. Owen Wilson, Imogen Poots (love that name, so much fun to say!) and Jennifer Aniston are along for the good times. 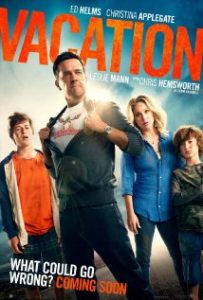 Vacation – Ed Helms is Chevy Chase’s grown up kid and Chevy Chase is Ed Helms old doofus dad in this new take on the old classic. 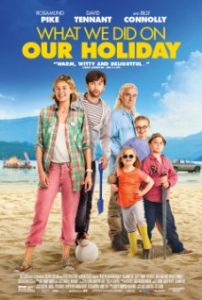 What We Did on Our Holiday – A nice British family goes on vacation to visit the relatives (first mistake). There the kids reveal dark (well dark for a family comedy movie) secrets about the parents (with hopefully a head in a box). Much hilarity and embarrassment, I presume, ensues. 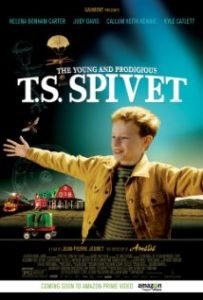 The Young and Prodigious T.S. Spivet – Latest from imaginative French visionary dude Jean-Pierre Jeunet (Amelie, Delicatessen) is a fantasy epic about a 10 year old smart kid who secretly travels across the country to receive an award at the Smithsonian. I love this guys films but where did this come from and why wasn’t I notified? Oh ya, the Weinsteins got their mitts into the pot. What am I talking about? Read what I’m talking about here. 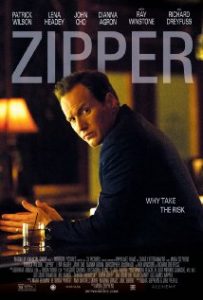 Zipper – Patrick Wilson is a handsome man who can’t keep it in his pants (his penis). This causes some problems for his wife and family as you can imagine.

Masters of Sex
The Honourable Woman
Inside Out
The Jinx
The Editor
Lost Soul: The Doomed Journey of Richard Stanley’s Island of Dr. Moreau
The Wolfpack
Black Mirror
Going Clear: Scientology
Cop Car

That’s it for this week my lovelies. I’ve started a little bloggy blog on the website if you’re interested in some extracurricular reading. There’s movie news, reviews, musings on the weird and wonderful and much more. Check it out here if you like.

Whatever happened to Jeunet’s The Young and Prodigious T.S. Spivet?Halloween or Bust
Scroll to top