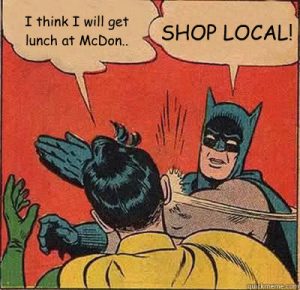 As my friend, Robin, so astutely says, “Supporting local businesses that I like with my $$ makes me feel good. Ordering stuff online from mega-corporations that do zilch to make my community a better place makes me feel shitty.” I couldn’t agree more. These giant corporations – your Amazons, your Netflixeses, your Shaws or Apples – they don’t need your hard earned dollars. The local guy – your record stores, your shoe stores, your erotic cake shops and, of course, your video stores – they need your support. These are the places that make living in whatever area of the city you live in great! And the money you spend there stays in the community, it doesn’t go to buy another boat or helicopter for the gross CEO’s of mega-corporations.

My friend, Daniel, threw this down and wants everyone to spread it around, “I challenge the world to spend $10 bucks a month at your local video store!!!! You’ll gladly toss that much to a corporate behemoth that will soon control the distribution of all movie and tv media in the future… so why not match that amount and also support your local indie movie shop?!” Especially if what you think we do is important. And I know that you do. This goes for all your favourite local haunts as well. Pass it on. 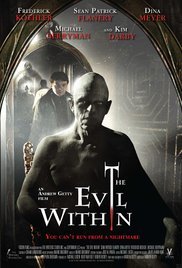 The Evil Within – Mentally handicapped boy takes orders from the demonic demon in his mirror and goes on a murderous rampage. If that didn’t grab you how about I mention that it took over 15 years to make was and inspired by the meth-riddled dreams of one of the famed Getty family members? And it eventually killed him! Now you want to watch this crazy cult oddity don’t you. I knew it! 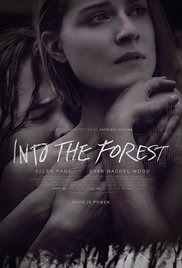 Into the Forest – After the power goes out and there’s no power anywhere two sisters (Ellen Page, Evan Rachel Wood) take to their woodland home and learn to live on their own without any power. Might be good to watch and learn some things. Just in case. 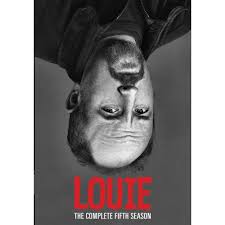 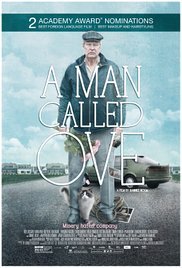 Man Called Ove – Cranky old fart, Ove, hangs out around his hood enforcing block association rules and generally being a crotchety old man. Then some boisterous new neighbors move in next door just as mean old Ove is preparing to cash in his chips. You won’t believe what happens next… 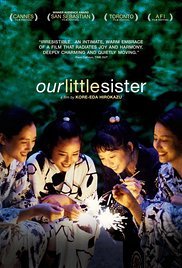 Our Little Sister – Nice quiet little comedy drama from Japanese master Koreeda finds some sisters hanging at their grandmother’s home who welcome their thirteen year-old half-sister into the fold. Nice. 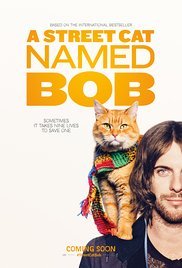 Street Cat Named Bob – Lovely little movie that will warm that cold, dead heart of yours about a drug-addicted busker whose life is transformed (for the better, I assume) when he hooks up with a stray ginger cat. Cats are magic. 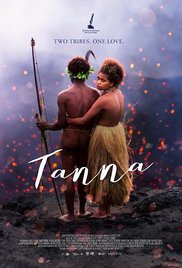 Tanna – Oscar nominated flick set on a remote island in the South Pacific. Themes of loyalty, forbidden love and old ways butting up against new abound in this lovely little film. 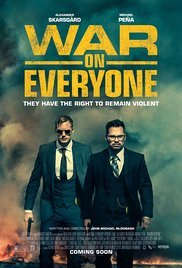 War on Everyone – From the bloke who made the amazing Calvary and The Guard, comes this comedy action thingy about a pair of corrupt cops who take to blackmailing everyone until they run up against a tough guy who might be even tougher than they are. 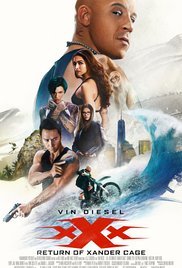 The Salesman
The Red Turtle
Resident Evil: The Final Chapter
Sleepless
The Space Between Us
Get Out
The Wall
Logan

Need even more suggestion? Well then, here you go.

That’s it for this week folks! Have a fine week, get out and vote and I hope to see your lovely faces in the stores soon. Shop Local!