Welcome to another installment of the Black Dog Video newsletter.

Here are this week’s new releases 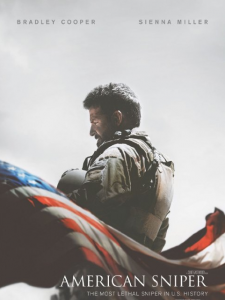 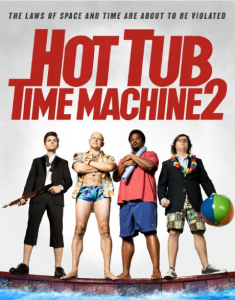 Hot Tub Time Machine 2
A bunch of dudes travel 10 years in to the future with the help of their trusty jacuzzi. 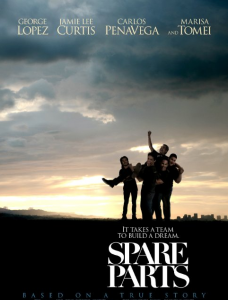 Spare Parts
A group of students with no experience decides to build a robot. Jamie Lee Curtis and Marisa Tomei help.

Strange Magic
This movie is sadly not a documentary about Electric Light Orchestra. Instead this is an animated musical about fairies and elves getting up to their usual mischief

Leviathan
Excellent Russian film (Oscar nominated) about a family in a small coastal town plagued by a corrupt mayor. 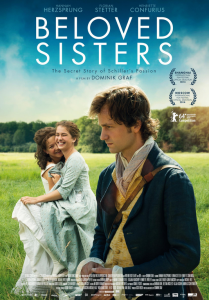 Beloved Sisters
A German period piece in which two sisters fall for the same poet. Don’t you hate it when that happens?

Samba
A French film about a Senegalese immigrant and a burnt out business lady who help one another to find happiness in their lives.

Call the Midwife – Season 4
What are those baby delivering ladies going to get up to next? I bet it involves delivering babies.

Orange is the New Black – Season 2
What are those crazy inmates up to this time? Probably some hilarious convict hijinx, which are, of course, the best kind of jinx.

Sonny Boy – This sounds pretty awesome – A small-town crime boss accepts delivery of a stolen car, only to find there’s a baby in the back-seat. He and his transvestite “wife” cut out the boy’s tongue and raise him as a mute accomplice in their crimes. When the grown “Sonny Boy” escapes and tries to make contact with the outside world.

This is a review from my friend who loves this flick and runs Eyesore Cinema in Toronto (check out his great collection if you live in that city)
“Those who know me well know that this is one of my all time favourite films!
It completely devastated me at the first viewing! That powerful American dessert gothic modern Grimm fairy-tale setting! That beyond Oscar-worthy performance from David Carradine! This should have been the next Blue Velvet… instead, the film bombed when shocked theatre owners pulled it from screenings… resulting in the Director being essentially blacked-balled for the following decade. The movie was then dumped straight to VHS and never heard from again (except, of course, in awesome video shops that actually give a shit about awesome movies!)
Now, finally, I hold in my hands a two-disc edition featuring a widescreen version!!! I am very, very pleased!”

The Forbidden Door (aka Pintu Teralang) – Insane, awesome insanity from Indonesia (nice country) finds a famous sculptor whose life gets turned upside down when mysterious messages start to appear. Don’t know much more than that but here’s a portion of a review from the IMDB – “This is not horror for the pleasure of it and just to captivate the blood thirsty audience but it’s a horror movie full of feelings, questions, and just beautifully made. The horror is everywhere to be found: in ideas, in thoughts, psychologically, physically, in the eyes, in the touch…Each scene leaves you wondering and pondering. Watch the credits entirely, because the last scene is after the credits: a less than 30 seconds scene that wraps up the whole movie like a ribbon that you want to undo to open and watch this movie all over, again.”