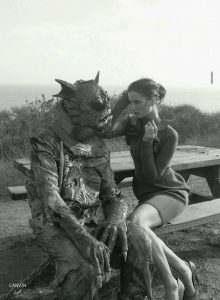 Love is in the air.

Two holidays in a row?! What is this, The Land of Revelry and Hullabaloo? Yesterday there was something called “Family Day”. Is that new? I don’t remember ever having a Family Day before. I guess it’s just an excuse to have a day off in February. And today is “Valentine’s Day”, or Lupercalia to you old Romans! Time to get all romantic like. It’s also “Ferris Wheel Day”! I can’t wait for “National Battery Day” on the 18th followed by “National Hoodie Hoo Day” on the 20th. The party never stops. 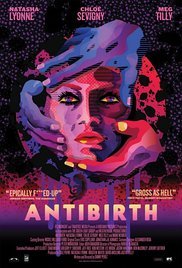 Antibirth – Nice cast – Natasha Lyonne, Meg Tilly and Chloe Sevigny – enliven the bizarre body horror proceedings in which a stoner takes some weird drug and finds herself pregnant. Things just get more odd and nasty from there on in. Looking forward to this one, I am. 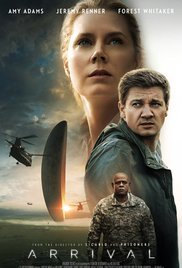 Arrival – Arriving on the shelves just in time for the Oscars, comes Arrival! It was my pick for best film of the year, 2016. Don’t want to build it up too much but I adored this film. It’s good smart sci-fi that packs an unexpected emotional punch. It’s a crime that Amy Adams didn’t get an Oscar nod for this. Well, there are much worse crimes to get your potatoes boiling, but you know what I’m saying. 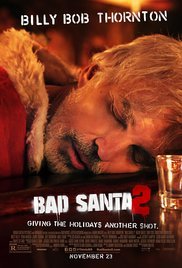 Bad Santa 2 – The weird thing about the DVD release of Christmas films is that you get them well after Christmas. Who wants to watch a Christmas movie in February or July? Even if it is a Bad Santa. I loved the first one but I’ve only heard middling things about this sequel. I guess that what happens when a talent like Terry Zwigoff (director of the original) is not involved. 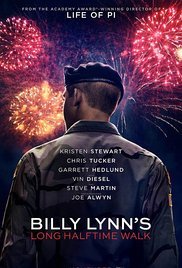 Billy Lynn’s Long Halftime Walk – Where did this film come from? Did this even hit the theatres? An Ang Lee anti-war epic?! Yes please. As Billy Lynn comes home from a tour of duty in Iraq and embarks on a victory tour, his story of what really happened over there is told in flashbacks. I bet nothing good happened “in the shit” as they say.

Christine – Docu-drama about a TV reporter – Christine Chubbuck – who took extreme measure to deal with her depression. I won’t give away any details as I’m not a jerk. Not about spoilers anyways. 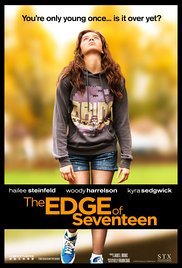 Edge of Seventeen – Dramatic high-school comedy about a young woman who finds it tough sledding when her best friend starts dating her brother. A symphony of small humiliations, I presume, ensues. 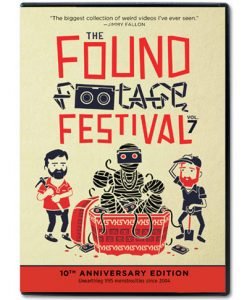 Found Footage Festival Volume 7 – Another compilation of amazing old VHS oddities selected and edited by these two funny fellas. I met and got drunk with them at the RIO a few years back. Good dudes they were. And probably still are. Available at Commercial, soon to Cambie (and soon Vol 8 for both!) 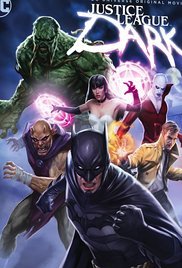 Justice League: Dark – John Constantine, Zatanna and Jason Blood (I don’t know who these people are) join forces to fight some supernatural bad guys in this cool animated fare. Batman, Superman and Wonder Woman also are along for the ride. 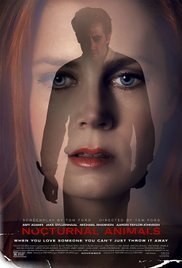 Nocturnal Animals – Fashion fella Tom Ford writes and directs this dark thriller starring Amy Adams (again with the Amy Adams), Jake Gyllenhaal and Michael Shannon (he of the enormous head). An art gallery owner is haunted by a novel written by her ex-husband. Weirdness and terrible things are afoot. One of Dylan’s favourites from 2016.

That’s it for this week folks. Enjoy the warmish weather, say goodbye to the snow and remember, keep watching.