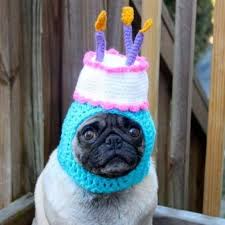 Yes, you read that right. Black Dog Video is 154 years old! In dog years that is. In human people years that equates to 22. It was March 5, 1996, when we first flung open the doors on Cambie St to the frothing masses! Wow. It’s been a fantastic experience overall. We’ve had many excellent folks come through the doors as customers and employees, good friends and lovers. We’ve survived fires, floods, subway attacks, deaths (RIP John), crazy people, locusts, sloth invasion, ghosts, planet of the apes and evil in many forms but we’re still standing! If you asked me 22 years ago if I thought that I’d still be doing this in 2018, I probably would have said, hells ya! I’d love to do it for 22 more! Thanks to all of you wonderful humans who have supported us in the past, present and, hopefully, the future!

To give a little back, might we offer, for the month of March, 22% off all of our cool swag – T-Shirts, hoodies, lunch boxes, socks, mugs, piggy banks, other things! Come on in and check us out!

New Releases in this Week! 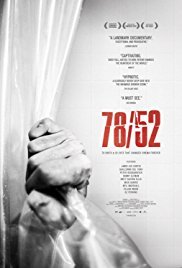 78/52: Hitchcock’s Shower Scene – Nifty doc that deconstructs probably the most famous scene (at least a scene that involves a shower) in all of the movies. You know what I’m talking about. Either that or it’s 78 or 52 short films of Hitchcock taking a shower. (should be here later this week) 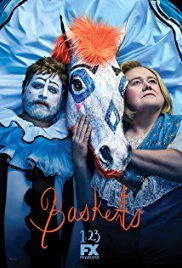 Baskets: Season 1 – Bonkers TV show stars Zack Galifinakis as Chip Baskets, professional clown and his clowning around business, and his mom, Mrs. Baskets, played by Louie Anderson. Sounds cray cray as the kids are wont to say. (should be here later this week) 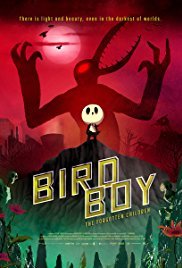 Birdboy: The Forgotten Children – Cool, bleak looking animated thing finds some kids on a depressing island (think nuclear accident or something) taking drugs and trying to escape their miserable lives. Or something like that. Fun for the entire family! 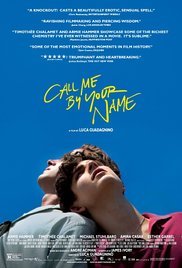 Call Me By Your Name – Oscar winning romance drama finds the wonderfully named, Armie Hammer, having a little something something with a younger dude during a hot and steamy summer in Italy. 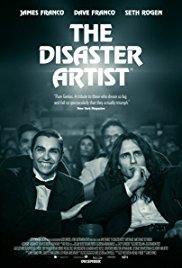 Disaster Artist – James Franco is Tommy Wiseau! You all know Tommy Wiseau, the auteur behind the famed cult oddity, The Room. This is his tale of how this “movie” came to be. Really looking forward to this. I really am. Oh, Hai, Movie! 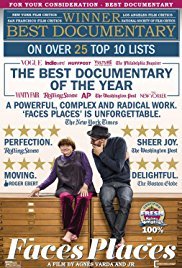 Faces/Places – Lovely doc that follows the amazing filmmaker, Agnes Varga, and her new best bud, JR, as they travel around France doing art type stuff. (should be here later this week) 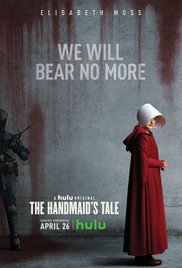 Handmaid’s Tale Season 1 – Excellent adaptation of Margaret Atwood’s famed dystopian novel about women who are forced to live as a concubines under a fundamentalist theocratic dictatorship. Fun for the entire family! 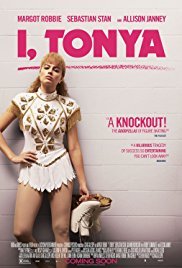 I, Tonya – Oscar winning bio-pic of Tonya Harding. Chronicles her relationship with her evil mom and her dim husband, Jeff Gillooly. And of course that famous knee-knocking she had with rival Nancy Kerrigan. Man, I love saying Jeff Gillooly. (should be here later this week) 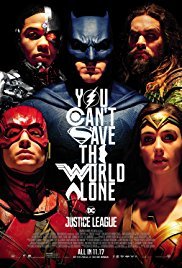 Justice League – Batman hooks up with Wonder Woman, Aquaman, The Flash, Superman, Cyborg, Muffin Man and Alfred to fight evil and crime and things. (should be here later this week)

This coming Saturday there’s something cool transpiring over at the Britannia Ice Rink! It’s a fundraiser hockey and beer tournament! Fun hockey and delicious beer, what else could you ask for? Come out have some great local brews, support a good cause and watch me try not to make a fool of myself! I’ll be playing for team Bomber. 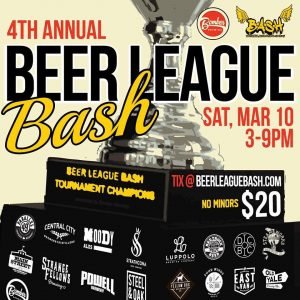