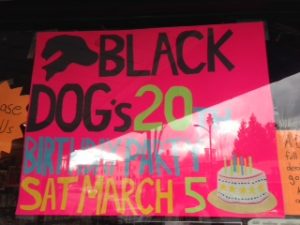 Only a few more days until our 20th Anniversary extravaganza! Drop in this Saturday to either Black Dog and say hi, enjoy some cake, rent 2 flicks and get a third for free, pick up a great Black Dog T-Shirts for only $15, rent something to enter our fabulous raffle. Prizes include a 10 film punch card, T-Shirt and an amazing tour of Bomber Brewing plus tasting for you and 3 of your friends. Tell your fiends! Tell your enemies! Bring your dog! Bring your enemies dog! Should be a fun day. Hope to see all of your lovely faces.

In keeping with the spirit of the anniversary here’s a little blog post I put together about how we got to where we are. 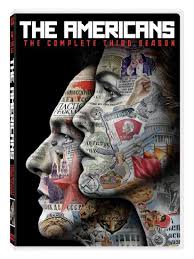 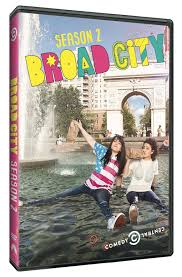 Broad City S2 – One of the funniest shows on the TVs is back with Season 2. Get this in your face! 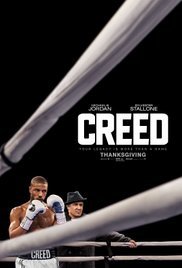 Creed – I so wanted to write the words “Best Actor winner Sylvester Stallone” but it was not to be. That quiet guy from Bridge of Spies won for wearing a nice hat. I’m not too sure what number this falls into for the Rocky series – 9? 10? Remember the one in space? That was awesome. Ahem. I’ve heard nothing but great things about this latest instalment. Lot of punching and life lessons, I presume, can be found here. 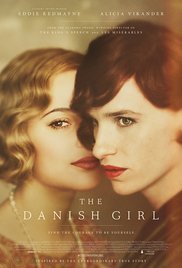 The Danish Girl – That guy from Jupiter Ascending (I believe he won a Razzie award for that film) stars as artist Lili Elbe who was a pioneer in the world of transgender confirmation things. Much drama and crying and yelling and acting, I presume, ensues. 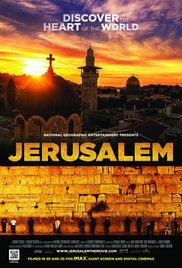 Jerusalem – Very nice looking IMAX 3-D (you can watch in in not 3-D as well) doc about the famed city. Rents a little cheaper as it’s a short film. 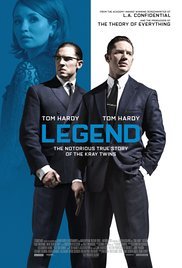 Legend – Tom Hardy plays both Kray brothers – notorious British gangsters (also played a few years back by the twins from the band Spandau Ballet in the great film The Krays) from back in the day. Two for one on Tom Hardys in aisle three! Oh my, I’m swooning here. 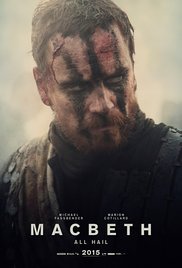 MacBeth – Steve Jobs (Michael Fassbender) stars in this latest edition of the famed play written by Shakespeare’s sister. As rumour has it. 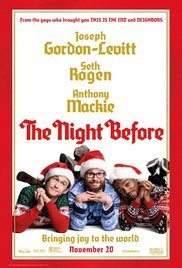 The Night Before – Three life-long friends Joseph Gordon-Levitt (50/50 to his friends), Seth Rogan and Anthony Mackie spend Christmas Eve looking for a killer party. What are the odds that Seth Rogan smokes weed and laughs in this fun flick, 50/50? From the writer/director of The Wackness and 50/50. 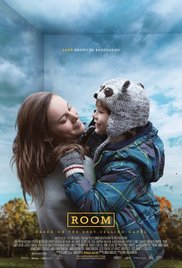 Room – Award winning heavy drama about a mom and her kid held in captivity (probably the room of the title) by some sick freak. They finally escape after more than 5 years and have to adjust to “normal” life. Not to be confused with noted thespian Tommy Wiseau’s epic The Room. 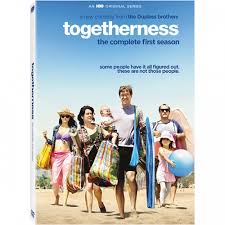 Togetherness Season 1 – Excellent new TV series from the Duplass Brothers (Safety Not Guaranteed, Your Sister’s Sister) about two couples who decide to share a home for some reason. Check this one out. 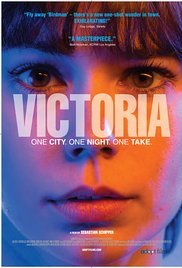 Victoria – Awesome looking German film about a woman falling in with the wrong crowd. Crimes and misdemeanours ensue. Of note – the film was done in one continuos shot. Amazing since it’s over 2 hours long. Heard very good things about this little number. 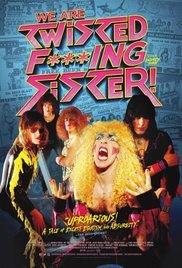 We Are Twisted Fucking Sister! – Don’t really need to expand on this title do we now? Well maybe a little – new doc about those wacky guys guys behind that terrible song “We’re Not Gonna Take It!” Enjoy. 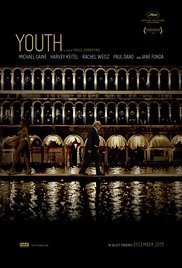 Youth – Michael Caine and Harvey Keitel are best friends hanging out in the Alps when one of them gets a call from the Queen. What’s that all about you ask? From the director of The Great Beauty. At Cambie, soon to Commercial.

Have a fine week my lovelies. See you Saturday. Viva la Video Stores!

Reflections On The Way We Were and AreBlack Dog Newsletter March 8 – 14 “Famous Celebrities Edition!&...
Scroll to top