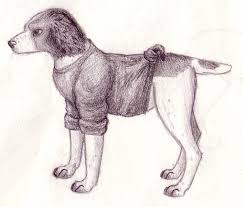 Seems spring is here to stay already! And with spring comes flowers, Frisbees and T-shirts. Can’t help you with the first two but we’ve got you covered with the last one. Time to step into a fabulous Black Dog T-shirt! You’ll be the belle of the ball, the talk of the town, the envy of all your friends, neighbours and enemies in one of our fine garments. Only $15! Available at both stores! 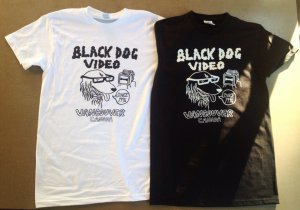 Annie – Just what the world needed! Annie! Again! Orphaned kid is saved by rich tycoon guy and everyone sings and dances and lives happily ever after. Cause that’s what happens with orphans, right? Kind of like Pretty Woman, but instead of hooker with a heart of gold who is saved by a rich guy, it’s a little girl!

Before I Go To Sleep – Good cast – Kidman, Firth, Strong – enliven the thrilling proceedings that finds a woman who wakes up everyday with no recollection of what happened the day before. Complications, I presume, ensue. Kind of the like the Hangover movies but without the hilarious consequences of blacking out.

Exodus: Gods and Kings – Ridley Scott and Christian Bale go all biblical on your asses in this tale of a guy named Moses and his freeing of a pile of slaves and a bunch of plagues (frogs, locusts, insurance salesman) and what-not. Cue the special effects.

Late Phases – Small town is plagued, not by frogs or locusts or insurance salesmen, but by some mysterious beast. Might it be some sort of wolf? Maybe a red wolf with spooky eyes?

Penguins of Madagascar – It’s up to some wise-cracking penguins to stop an evil octopus from destroying the world. My question is, where’s the evil octopus going to live once he destroys the world? Think these things through, man!

Song of the Sea – A little girl, who can turn into a seal for some reason, goes on a quest with her brother (not too sure about his seal-changing into abilities) to save the spirit world and others like her. Maybe from an evil octopus?

Top Five – Funny man Chris Rock writes, directs and stars (he may have dome the catering as well) in this comedy about a comedian who tries to make it as a serious actor. Heard that this is a very fine satire banging on the cult of celebrity, race relations and romance. Yes, even romance!

Turn: Washington’s Spies – Fine looking TV shoe about some spies that help in the fight for America’s independence.

Young Ones – In a world with no water comes tale of a young lad who sets out on an incredible journey in order to save his family…starring the zombie from Warm Bodies, the Road kid and Michael Shannon’s enormous head.

A Five Star Life
The Hobbit: Battle of the Five Armies
Into the Woods
Unbroken