Not a big week for New Releases, save for a certain sci-fi blockbuster, but there’s some news thingies I should fill you in on. The lovely and talented Dylan will be leaving us at the end of the month to pursue his dreams of becoming a lion tamer or running his own adult diaper cleaning service or something. While it’s sad to see him go we wish him all the best in his future endeavours. He’ll always be part of the Black Dog family as we are like the mafia, once you’re in, there’s no getting out.

As you can tell by the photo, my dining room is a mess! Why is it a mess and why am I telling you it’s a mess, you ask? Well, all of those boxes and piles of stuff are DVDs! We just acquired a rather large collection and after we’re done sorting and pricing them, we’re going to have a big big sale! It will be sometime in February. Details to follow.

At the bottom of this missive you can find the lists of our favourite films of the year! Please enjoy responsibly. 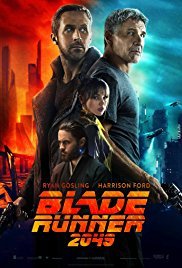 Blade Runner 2049 – Pretty darned good sequel, especially in the cinematography and sound design departments, to The Blade Runner of yore. Canada’s own baby goose, Ryan Gosling, is out to track down retired Blade Runner, Han Solo, to find out what’s going on. 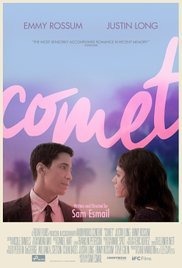 Comet – Romantic time-jumping drama from the writer director of Mr. Robot. Sadly there are no robots in this movie. 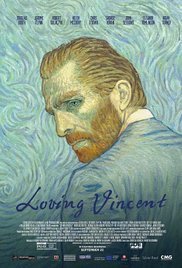 As promised, here’s some of the staff’s picks for our favourite films and what not of the year.

I, Daniel Blake
mother!
The Greasy Strangler
Get Out
Wind River
Atomic Blonde
Killing of a Sacred Deer
Good Time
Brawl in Cell Block 99
The Villianess

These are my top ten, if you care to check it out I have a bit of a longer list here.

And some TV that I quite liked..

Avash is up next!

John Wick 2
A strangely surreal follow-up to my favourite movie of 2014, John Wick 2 builds upon the world-building of the first movie while adding in an absurd comic sensibility; infinitely spawning bumper car taxis, an endless flight of stairs, a final action scene that takes place in an art exhibition centered around mirrors and reflections.

Raw
This isn’t a horror film, this is just how French people are. Don’t watch while eating.

Brawl in Cell Block 99
Craig Zahler’s follow-up to Bone Tomahawk has a John Cassavete’s inspired scene in which Vince Vaughn delivers a melancholy and touching monologue about skim milk, and he also decapitates a guy with a toilet.

Legion Season 1
Honestly worth it just for the Aubrey Plaza musical sequence.

And Josie chimes in.

Three movies I liked, but not as much as I had hoped to like, going in.

Best artsy fartsy actual pieces of cinema that I saw in 2017,

We’ll have a couple of more Black Dogger’s lists next week.

That’s it for this week, folks.