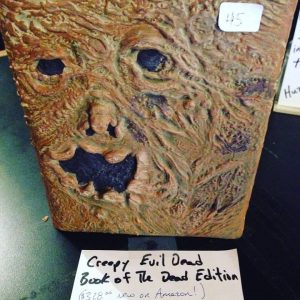 Fleshy Book Edition?! What on earth is that young fella talking about, you ask yourself. Well let me tell you, we recently bought a pile of DVDs and Blu Rays from a lovely young man and included was a Special Edition of the original Evil Dead flick. The “special” thing about it was it comes ensconced in the Necronomicom – the book made of human flesh – that, when one reads certain passages from it, unleashes a nasty demon into our world! Intrigued? I bet. We have put it up for sale at the Commercial Drive location for a mere $45! Where else can you find such a book made out of humans for such a low price? First come, first served. (Only $1 to touch it’s fleshy grossness!)

It’s my turn to inflict upon you fine people my picks for best and the worst of what 2015 had to offer in the realm of film. Click on this nice button here for the best, and here for the worst. Enjoy responsibly. 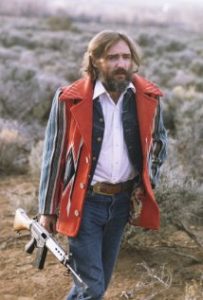 American Dreamer – Documentary originally made in 1971 lets you to hang out with a young and rebellious Dennis Hopper as he puts together he latest film, The Last Movie and walks around with a large gun. 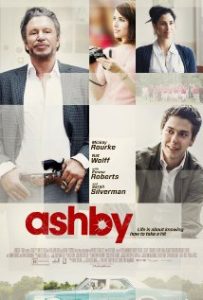 Ashby – Young guy, wants to know more about growing up, befriends his neighbour and Arby’s mystery-meat sandwich impersonator, Mickey Rourke, who’s also an ex-CIA assassin and who’s also dying. Life lessons (one of which is not too much plastic surgery, please) abound. 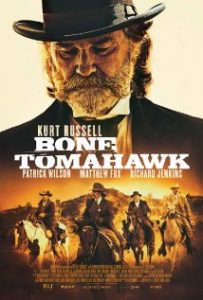 Bone Tomahawk – Crazy, hyper-violent western of sorts finds a bunch of manly men – Kurt Russell, Patrick Wilson, Matthew Fox – setting out to rescue some folks who’ve been taken captive by some cave-dwelling cannibals. To me, this film has everything I want in a movie – tough guys, moustaches, horses, and cannibals. Can’t wait to see it (I hear it’s pretty damn good). 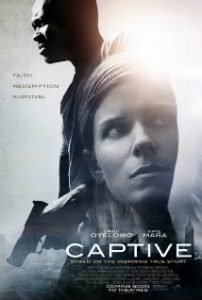 Captive – Drug-mom is taken hostage by a judge-murdering fella who’s on the lam. Much drama and soul searching, I presume, ensues. Personally I can’t stand hostage dramas. I don’t know why but I hate them. But don’t let my weird hangups stop you from checking this out. 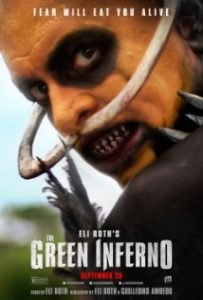 The Green Inferno – Another Eli Roth flick (Knock Knock) splatters across your TV. Some student activists travel to South America to save the rainforest only to be taken captive by a bunch of forest-dwelling cannibals. I sense a theme in this week’s releases! 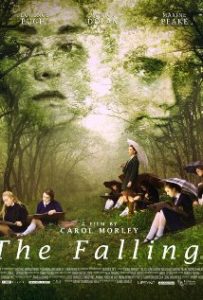 The Falling – Is there anything more terrifying in movies than boarding schools? Even without any cannibals around this one sounds pretty intriguing. A girl’s boarding school in 1969 England is the setting for some mysterious happenings as girls start having fainting spells after some sort of tragedy. Stars that girl with the pointy sword from Game of Thrones. 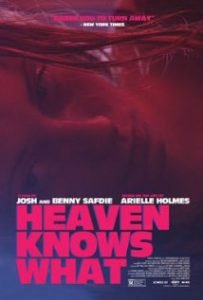 Heaven Knows What – Well reviewed heavy duty drama about the ups and (mostly) downs of a couple of junkies in New York City. Don’t do drugs kids! Stay in school! Don’t eat people! 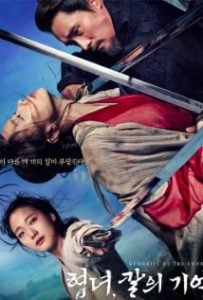 Memories of the Sword – Fun, stylish Korean flick set in olde tymes where revenging is the order of the day. Aren’t all sword epics about some sort of revenge? I’m OK with that. 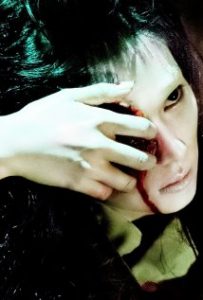 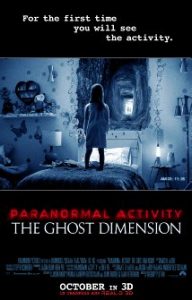 Paranormal Activity: The Ghost Dimension – I don’t even know what number this is in the series but from what I’ve heard it’s the worst one yet. I used to like these films – the first 3 are pretty damn fine – but it’s like beating a dead horse that’s been sitting in your backyard for most of the summer and then one of your neighbours calls the cops and you get arrested and then upon release you seek out revenge on that neighbour and the next thing you know…cannibalism! Ahem… 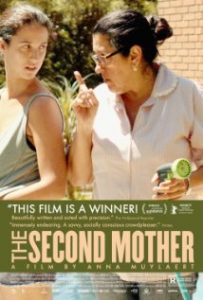 Second Mother – Excellent film from Brazil about a housekeeper who’s estranged daughter comes to live with her. Much drama, hilarity, life lessons, class divides and maybe (hopefully) a smattering of cannibalism, I presume, ensue. 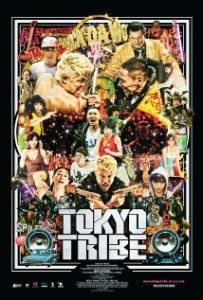 Tokyo Tribe – Crazy fun trip from Sion Sono (Why Don’t You Play in Hell?), who seems to be giving Miike a run for his money in the prolific department, about an alternate reality Japan where gangs rule the streets and fight it out via epic rap battles! Sounds pretty alright to me. 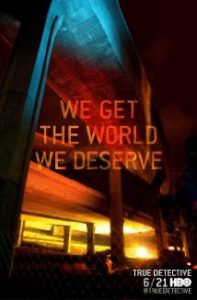 Sicario
Me and Earl and the Dying Girl
Bone Tomahawk
The Visit
Nasty Baby
Mississippi Grind
Nathan for You
The Leftovers S1
Hannibal S3
Angst
Roar!

That’s it for this week, my lovelies. Have a splendid week. Stay warm. Stay dry. Stay hydrated. Keep Watching.