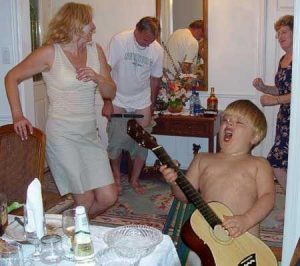 We’re going to be closing early this Sunday night – 9pm to be exact – so the staff can have a little respite from the madness and enjoy a beer or two at the Black Dog Christmas party. Everyone worked hard and they deserve a little something something for doing such a great job in 2017. Here’s to them!

I’ve been sifting through the mania that is the piles and piles of DVDs we just picked up in preparation for the big sale. Date is still to be announced so stay tuned, man. Here’s a photo of my cat helping out. 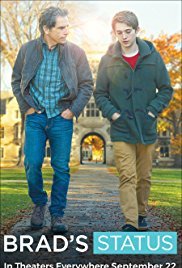 Brad’s Status – Fine little comedy drama from the amazing Mike White that has, for better or for worse, Ben Stiller, as a dad who takes his sprog on a tour of colleges where he meets up with an old friend who makes him feel inferior about his life choices. Hilarity and soul-searching, I presume, ensue. 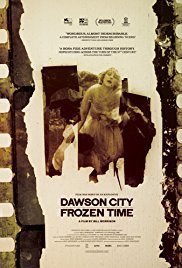 Dawson City: Frozen Time – Amazing doc about, yes, Dawson City, Yukon, and the treasure of buried films that was found in the permafrost back in the late 70’s. Never heard of this interesting-looking doc until it started popping up on a lot of year-end best of lists. Might be worth a peek. 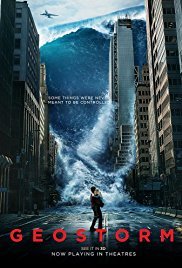 Geostorm – Gerald Butler continues his string of lame action films with this one about satellites that control the earth’s weather and, for some reason, they decide to attack the earth. Can GB save the day before some nasty weather ruins the world? Idea possibly stolen from a friend of mine who had a similar concept for a movie called Storm Planet! You decide! 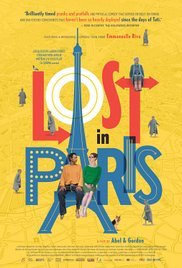 Lost in Paris – Fine French comedy about a woman who visits her aunt in Paris and the homeless guy who isn’t afraid to tell it like it is. Looks good, oui? 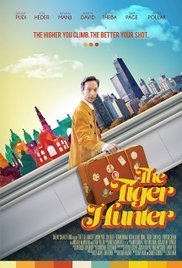 The Tiger Hunter – Nice-looking culture clash comedy about a dude who arrives in NY from India in the 1970’s. No tigers were hunted or harmed in the movie. Probably. 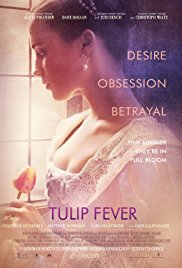 Tulip Fever – Sexy costume drama finds Alicia Vikander unhappily married to Christoph Waltz. He commissions a portrait to be painted of her but, unbeknownst to him, she has a steamy affair with Dean DeHaan. All this takes place during the famed tulip mania in 17th century Amsterdam. You remember that, right? 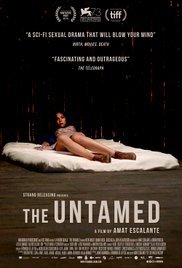 The Untamed – Strange sexy horror film from Mexico finds an unhappy couple finding a meteorite in the woods that piloted by a weird sex monster. Yes please!

And conitinuing on with the staff’s year-end picks of the year, here’s RJ with his controversial list…

So my faves from the last year are not in a particular order as I I’m trying to get away from numbered lists and have no preferential order.

TWIN PEAKS : THE RETURN: David Lynch’s masterwork is So large and complex it needs Coles notes but it’s So engrossing and original nothing can compare. This truly is peak TV.

BIG LITTLE LIES: All star cast and a promising French Canadian director team up for the perfect mix of drama and hints of comedy. Great soundtrack, gorgeous aesthetic and highly entertaining.

BEATRIZ AT DINNER: Mike White picks up where he left off on Enlightened and gives us a haunting “comedy ” that looks directly into the eye of the sourness in the heart of greed and human apathy. Beautifully layered and poetic at times. There’s a lot going on here even though it may seem straightforward. Selma Hayek gives a mighty fine performance too.

BETTER THINGS: Break out dramedy from the highly talented Pamela Adlon. This show feels real and hits so many chords it makes you wonder why Adlon isn’t a household name. Full of intelligent emotional insight this show makes you wish it never ends.

HAPPY END: Michael Haneke returns to familiar ground but with a new twist! He has made the blackest of comedies. A sort of sequel to his last film, he takes skewering human faults to new comedic levels.

FACES/PLACES: Agnes Varda teams up with visual artist JR for one hell of a road trip documentary. A great reminder of how art can touch anyone anywhere and put a smile on their face. Charming and touching stuff.

THE OTHER SIDE: Roberto Minervini’s rabbit hole documentary goes deep inside an America you should be scared of with surprising results. Full of serene moments juxtaposed against appalling conditions, this documentary will change the way you might feel about America.

LEFTOVERS S3: This severely under-watched show has managed to go deeper into profound human issues than most shows ever will. Damon Lindleof and writer Tom Perotta have more than proved they can take TV to new heights of emotional honesty and perpetually engaging ambiguity. Every episode feels like a serious journey.
One of my favourite series of all time.

SUMMER 1993: I’m a sucker for coming of age stories and this is one of the best in many years. Set in the year in the title, a 6 year old girl (Frida) is orphaned by her parents who are dying of AIDS in a time when fear was still rampant about said disease. Told from the perspective of Frida as she must relocate to an idyllic farm in the country owned by her aunt and uncle, she must not only deal with a new life but also the stigma surrounding the death of her parents and just being a kid. Laia Artigas who plays Frida is stellar and gives an amazing performance.

BASKETS: Zach Galifinakis’ clown/family dramedy is so pitch perfect he takes oddball comedy to new heights as he lets Louie Anderson steal the show once again as his mom. Its very hard to describe this show to people but its really good. Hilarious and emotionally aware.

The biggest disappointments and turds for me were…

ALIEN COVENANT: or in other words how to ruin my hopes of ever having a good alien film again. Apparently no one in Hollywood can write a good script in the Alien universe..

TRANSFORMERS THE LAST KNIGHT: a 2 hour plus Marky Mark video written by a 9 year old with a boner for robots

And last but not at all least, Dylan chimes in with what he liked…

10. AMERICAN MADE. Loosely based on actual events, the story of an American Airlines pilot recruited to run guns for the CIA in the 1980’s is tremendously entertaining. This movie suffered from anti-Cruise backlash following The Mummy. But anyone who’s seen Edge of Tomorrow knows Doug Liman knows exactly how to use The Cruise.

9. RUMBLE: INDIANS WHO ROCKED THE WORLD. My favourite doc of the year highlights the influence of Native American traditions in forming Rock n Roll. I should have known about all of this this already. Thanks to this excellent doc a whole new world of appreciation has opened up to me.

8. BRIGSBY BEAR. The less you know about this one, the better. Full of surprises, heart, comedy and childlike fun. Watch this one if you want to be happy tonight..

7. LOGAN. The most game changing film in the superhero genre since The Dark Knight. In an increasing tired genre, a breath of fresh air, even if it is bleak as all hell.

6. COCO. It’s Pixar, and it’s great even by their standards. This isn’t a movie, it’s a celebration of life, family, inspiration and even mortality.

5. BLADE RUNNER 2049. I hated the very idea of this. And then I saw it. It’s a fucking masterpiece. It may even surpass the original, which seems like cinema sacrilege to say. But it’s true.

4. T2: TRAINSPOTTING. No movie this year had me as edgy leading up to its release. But It wasn’t only as good as the iconic original, but was the only logical way a sequel could have panned out for these characters I grew up with. Perfection. The 90’s thanks you, Danny Boyle.

3. THREE BILLBOARDS OUTSIDE EBBING, MISSOURI. The best black comedy in years features career best performances from Frances McDormand, Woody Harrelson and Sam Rockwell playing against type and absolutely owning it. Martin McDonagh’s dialogue shines in the mouths of these actors. Sweating has never sounded so elegant.

2. I, DANIEL BLAKE. Ken Loach’s dissection of institutionalized poverty in Northern England could have easily wound up cloying, sentimental or just plain depressing. Instead, this story of the friendship between an out of work contractor and a single mother is the most human film I’ve seen in years. Building up to one man’s simple, elegant and powerful act of protest. Devastating, non-flashy filmmaking.

1. THE BREADWINNER. Spectacular, heartwarming, terrifying, infuriating, and funny. I cannot remember the last time I was this moved by a film. Never have I seen a movie that so effectively communicated the terror women must feel at the hands of men every minute of every day. In part an inspirational family tale, scathing social critique and a marvelous, colourful fantasy. This one left me in tears and I can’t recommend it strongly enough.

2017 was a Hell of a year and it was refreshing to see how many indy flicks flourished and how many tentpole pictures tanked. High hopes for 2018.

That’s it for this week folks. Thanks for reading all of this!