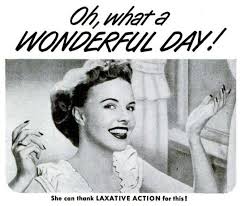 Wasn’t that great, all that wonderful rain? I’m probably one of the few folks in the city who loves it when it rains on the weekends in the summer. For obvious reasons. Unfortunately I didn’t check the forecast and left my hockey gear outside to dry after my game on Thursday night. By the time I got up on Friday it was totally soaked. Ever wonder what totally wet hockey gear smells like? It’s not springtime at Versailles, I can tell you that. The change in temperature was welcome as well. I got to wear pants! I love pants. But the rain we definitely welcome. Let’s have some more this weekend!

5 to 7 – Romantic dramady (that’s drama and comedy all wrapped up in one nice little word although it would have been easier to just write drama/comedy than this long-winded explanation) about a young writer who has an affair with a married, older woman. Think something along the lines of The Graduate but with less Dustin Hoffman and more Anton Yelchin. 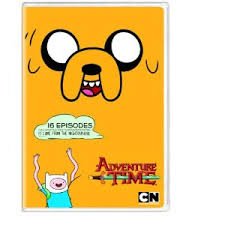 Adventure time Season 5 – My 10 year-old and I love this show so hard! Finn the human and Jake the dog continue their wacky adventures in the land of Ooo. You don’t have to be or have kids to get in on the action.

Clouds of Sils Maria – Very well reviewed flick starring the always lovely Juliette Binoche as a veteran actress who agrees to take part in a play that launched her career 20 years earlier. There she is confronted by a younger version herself played by sparkly vampire lover Kristen Stewart (K-Stew as she’s known amongst the young-ins).

Corbo – Excellent Canadian flick about a guy who starts off as an activist and ends up helping to found the FLQ in Quebec. See, Canadian history and politics isn’t always as boring as a dog’s ass.

Cymbeline – Lesser known Shakespeare hoohaw is updated to the times of now as we find a war between some outlaw biker types (Ed Harris, Milla Jovovich and others) pitted against some dirty cops (Ethan Hawke and others). Doesn’t sound like there too many good guys in this one. Oh Shakes (that’s what the kids call the Bard these days). 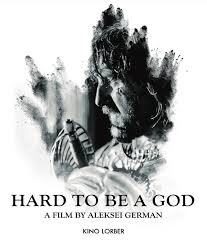 Hard to be a God – Crazy, grimy, gloomy Russian (go figure) sci-fi epic that wants to throw you in the mud and kick you in the head with an iron boot. A group of scientists are sent to another planet to observe their grotesque and filthy, deranged medieval ways. Observe but not interfere. You may want to shower, bath or sand off your skin with a cheese grater after watching this one.

Home – Cute alien from another planet is on the run and comes to earth where he makes friends with a cute hamster or weasel or something and they go on some adventures. Fine family fare.

Justice League: Gods and Monsters – Animated superhero stuff (again with the superheroes) that is set in an alternate universe where Superman, Batman and Wonder Woman (go ahead, make your three-way jokes now please) are framed for murder. Murder!

Kung Fu Killer – The awesome Donnie Yen is back to deliver some two-handed blows to your solar plexus and a roundhouse kick to your teeth! Plot doesn’t really matter. What does matter are the sounds of bones breaking and flesh smacking at the hands of the master, Donnie Yen!

The Water Diviner – Russell Crowe (all bearded-up) directs and stars in this serious drama about a guy who goes to Turkey (mmm turkey) after the Battle of Gallipoli to find his three missing sons. Expect lots of manly acting, melodrama and, hopefully, some water gets divined at some point.

White God – Odd-sounding Hungarian film about a girl who sets out to find her dog that, for some reason, her dad let loose on the streets. Unbeknownst to her, the dog has taken up a leadership role in a large pack of wild dogs. I don’t think that they’re talking dogs though, so hopefully you weren’t expecting that. Anyways, I’ve heard many a good thing about this film. We only have the Blu Ray at the moment but the DVDs should be here in a few days.

Far From the Madding Crowd

Recently Viewed and You should Too

What We Do in the Shadows

The Story of Film

Have a great week, Vancouver. Stay away from the fireworks, they’re bad for you. Rent some fine entertainment instead! You know what to do.