Behold: a million year old wizard trapped in the body of a puppy.

The weather forecast is basically June outside, but that don’t let that stop you from hibernating indoors all week with a stack of movies. 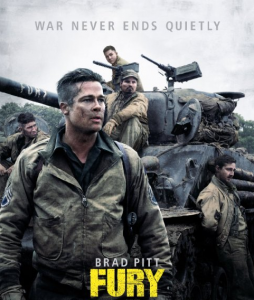 Fury
Did you like watching Brad Pitt in the World War II movie Inglourious Basterds? Were you saddened that there were no tanks in that film? Well this movie is for you! Brad Pitt plays a man named “Wardaddy” and stars alongside a tank in this World War II drama!

The Judge
Two Roberts for the price of one. Robert Downey Jr. and Robert Duvall play father and son, lawyer and judge. One of the Roberts may be a murderer. Will the other Robert get to the bottom of things or will it forever remain a mystery?

The Book of Life
An Hispanic animated family musical movie produced by Guillermo Del Toro and staring the voice talents of people like Channing Tatum and more.

Breathe In
A foreign exchange student seduces the father of the family she’s staying with and presumably destroys all of their lives.

Life’s a Breeze
A feel-good Irish movie about a son who attempts to clean up his mother’s house but accidentally throws out her mattress which is stuffed full of cash. Heartwarming generation-gap-breaching hi-jinx ensue.

Tu Dors Nicole
A French-Canaidan movie about a 22-year-old insomniac having the only type of summer that a 22-year-old can have. Shot in black and white.

Alive Inside
A documentary about how when elderly people listen to music from their youth it can help to combat their memory loss. 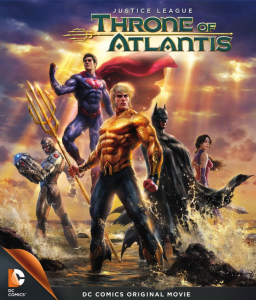 Justice League: Throne of Atlantis
Batman and Superman team up with Very Muscly Man as they party in Atlantis.

Downton Abbey – Season 5
Your favourite show is back for a 5th season.