R.I.P. Elliot Gould…mug. Yes, you heard right, my cherished Elliot Gould glass/mug thingy came to an unceremonious end last Wednesday night. It seems that some jughead who attended Jessica’s birthday screening of Cruising (more on that later) held at Cambie Black Dog broke the fabled piece and tried to hide the evidence underneath the sink. So sad. We shared some fine times, me and that mug. I can’t remember how I actually came into possession of this fine glass many years ago. It’s all a bit hazy, a beautiful dream. It was a commemorative ornament from his fine days at some dinner theatre in upstate New York. Elliot, you held many a fine beverage for me and my thirsty maw; water, beer, schnapps, mead, bourbon, smoothie, more beer plus countless other liquids too numerous to name. You’ve seen your fair share of hard times; the devastating fire of ’04, the RAV line debacle, 9/11 and that weird guy, Garrett, who worked at the store for less than a week. You survived them all. You couldn’t survive Cruising though. Tough film. You were a good companion, confidant, and friend to the other assortment of kitchen wares at the store. I shall miss sipping from your golden rim. You are gone, but not forgotten. The dream lives on.

As mentioned above, there was a screening last week at the store in a sort of trial run with the potential to hold a monthly or bi-monthly viewing of movies that please us. Al Pacino in Cruising was on the block last week and by all accounts it was a raving success (with the exception of what was stated above). Stay tuned for the future!

Bereavement – Scary looking horror number about a 6 year-old boy who’s abducted (won’t be watching this one with the wife) by a sadistic serial killer (there’s really no nice serial killers) who, over the course of five years, teaches the boy everything he knows. Looks good and nasty!

The Big Bang – Antonio Bandaras stars in this noir-type thriller about a private dick on the trail of a missing stripper. Can’t say if this is any good or not but I do likes me the noir!

Blitz – Jason Statham stars in this action number (what, you thought it might be a romantic comedy?) as a cop who’s hot on the trail of a sadistic serial killer (see above) who targets other cops. Straight to DVD makes me think, hmmm. Also on the Blu Ray.

Bobby Fischer Against the World – Excellent doc about the mad genius of chess (of course the only chess geniuses are mad, right?) and his rise and fall in the seedy underworld of chess club. First rule? You don’t talk…

The Conspirator – Robert Redford directs this stuffy drama about Mary Surratt, the lone female charged as a co-conspirator in the assassination of Abraham Lincoln. This court-room drama follows her and her reluctant lawyer and yadda-yadda. Also on the Blu Ray.

Exporting Raymond – Hilarious doc about the creator of that terrible show Everyone Loves Raymond who is commissioned by Russian television to recreate that show, called Voroniny, for Russian audiences. Much hilarity, I presume, ensues.

Henry’s Crime – Pretty good cast, Canoe Reeves, Vera Farmiga and James Caan star in this little thriller about a guy who was sent to the big house for a crime he didn’t commit who then gets out of the slammer and targets the bank he was accused of robbing. Got that?

House Season 7 – More House doin’ his crazy doctoring. (Might be late on the shelves)

In a Better World – Great Danish film and deserving winner of the best Oscar for foreign film. Its fine drama about bullies, tough choices, masculinity in modern culture, when to take a stand, when to back down, when to just go and make a sandwich. Can’t recommend this enough. Also on the blu ray.

The Perfect Host – Black comedy starring Niles from Frazier (and Side-Show Bob’s brother) as a dinner host who has more in store for his guests than cucumber sandwiches without the crusts and a glass of Baby Duck.

Sons of Anarchy Season 3 – More bikers doin what they do – biking around and committing crimes. (Might be late on the shelves)

Sympathy for Delicious – Stupid name for a movie. This one stars and is directed by indie favorite, Mark Ruffalo. A newly paralyzed DJ seeks out some faith healing but gets more than he bargained for. I wonder what that means? You’ll have to watch to find out. Good indie flavoured cast – Juliette Lewis, Laura Linney, Noah Emmerich among others.

True Adolescents – Comedy about a 30-something slacker who’s forced to take a couple teenagers camping. Hilarity, I presume, ensues.

Venus Noire – True story of Saartjes Baartman, a Black domestic worker who, in 1808, left South Africa for Europe hoping to find fame and fortune there. Apparently things didn’t really work out as planned. Think carnival sideshow, prostitution, disease and death. I don’t think that this is a comedy.

The Ward – So John Carpenter, you’ve had nine years since your last film (that terrible Mars movie) and this is what you came up with – a horror number about a bunch of young supermodels in a psychiatric hospital who are terrorized by a shoddy looking ghost? Nice job. It’s almost saved by the twist at the end and Carpenter’s always cool music, but then it’s undone by a cheap scare afterwards. Quite disappointing.

Internets! Speak to me!

Here’s something to make you laugh – it’s a ridiculous Chinese translation of Batman Begins found in a dollar store – http://www.dangerousminds.net/comments/hilarious_chinese_translation_of_batmans_origins_/

Here’s some funny images to come out of the sort-of big storm that was Hurricane Irene – http://www.funnyordie.com/slideshows/a52bc08da6/the-funniest-images-to-come-from-hurricane-irene?playlist=featured_pictures_and_words#slide1

That’s it for this week folks. I leave you with this disturbing and upsetting image… 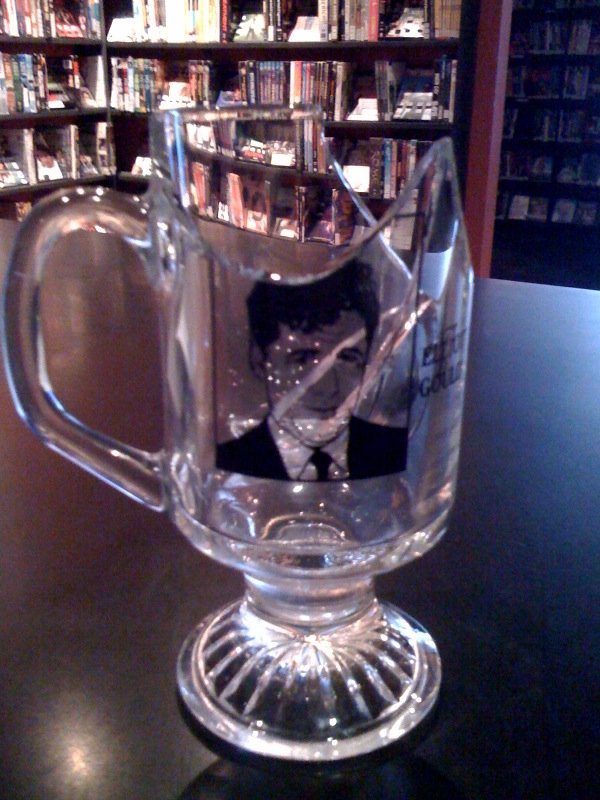 Black Dog Newsletter for Week Ending August 29thMum, wine (where do I rank?)
Scroll to top