It’s May! Doesn’t it feel like spring out there? I just turned on the heat as I sit down to write this. Blargh. Well to get everyone in the mood for T-shirts and short skirts, we’re going to reduce the price of our fabulous Black Dog T-shirts! What would have cost you $20 yesterday only will set you back $14.99 today! This price will be in effect for the entire month of May or until we run out of shirts. So fight nudity – buy a T-shirt!

New Releases for Tuesday May 1st

Films of Fury – Doc about the history of martial arts flicks. I must say I love some good kick-in-the-face kung-fu action.

George Harrison: Living in the Material World – Martin Scorsese directs this doc about some guy who was in a band, I think it was Led Zeppelin or Krokus or something, back in the day.

Great Expectations – BBC (Ooh BBC! Must be good, shall we have some tea and crumpets?) adaptation of this often filmed Dickens number. Might you have some, ahem, great expectations for this version?

Haywire – Pretty kick-ass fun but forgettable flick about a female undercover operative who, for some reason that I can’t remember, is set up for murder by her boss (and no I’ve never done that with my employees…yet). Nothing new story wise here but it’s really well filmed and has several awesome nasty fight scenes. Another flick by Soderbergh who’s quickly becoming the American Takshi Miike (except that Miike does about 8 films a year and some of them are totes insane). Also on the Blu Ray.

The Innkeepers – A couple of employees of the 100 year-old Yankee Pedlar Inn who, for some reason, are determined to reveal the hotel’s haunted past and, of course, they begin to experience disturbing events. Scary disturbing events (the best kind of events). What were they expecting, tea and crumpets? I’ve heard really good things about this horror flick. From the director of the tres cool The House of the Devil. Also on the Blu Ray.

Joyful Noise – For those of you who’ve been waiting for the inevitable pairing of Dolly Parton and Queen Latifah in a movie about a singing choir (what other kind of choir is there?), well your wait is over.

Let the Bullets Fly – Cool looking Chinese gangster flick that stars the always awesome Chow Yun Fat. A dude arrives in a small town with the hope of making a fast buck by posing as the mayor (or something like that). Of course he runs into some other gangsters and a bunch of actiony gangster stuff ensues.

Merantau – Don’t know the plot – don’t really care. What matters is that this is an early (2009 early) film from the guys that made the intensely awesome (so I’ve heard) The Raid: Redemption. Those of you who like the kung-fu action (not too sure if it’s kung-fu per say) owe it to yourself to check this number out. Also on the Blu Ray.

New Year’s Eve – Another one of those rom-coms set around some holiday and stars everyone in Hollywood (shame on you Mr. DeNiro – what the hell ever happened to you?) that looks tedious and, well, if you like these types of things I’ll just shut up now. Also on the Blu Ray.

Tomorrow When the War Began – When their country is invaded and their families are taken, eight unlikely high school teenagers band together to fight. Hello?! Red Dawn! I guess it might be different because it’s Australian? Not too sure why anyone would invade Australia as it’s home to most of the worlds most deadliest critters. Don’t believe me? Check this site out? http://blog.hotelclub.com/the-10-most-dangerous-animals-in-australia/

That’s it for this edition folks. Have a great week and we’ll hook up again same time, same place next week (sounds kinda dirty!). For those of you who enjoy Game of Thrones and/or American politics, I leave you this… 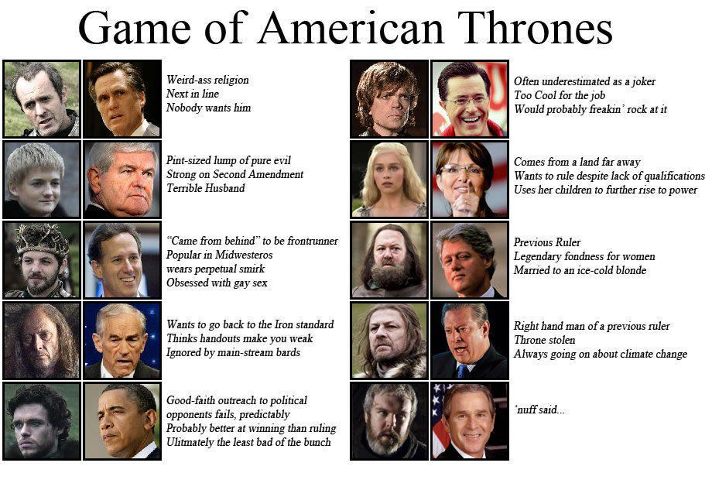