My apologies for the tardiness of this week’s newsletter. I hope that you weren’t desperately clutching your computer in anticipation waiting for this thing to magically appear. If you were, thanks! The reason it’s so terribly late is we had a major cluster f#*k with our computer at Commercial Drive. Somehow we managed to change all of the numbers in the computer so they don’t match the numbers on the boxes of our movies. You can imagine the chaos that ensued. Imagine it! The almost comical series of events that followed made it so there was no way to change it back which resulted in either re-numbering every movie in the store or commit ritual suicide. After much deliberation we decided on the former. So I grabbed a six-pack and ventured into the mess last night at 11pm emerging at 3 am, a little drunk and a lot tired. Hopefully we’ll get it all back to normal in the next few days. Until then, please bear with us. 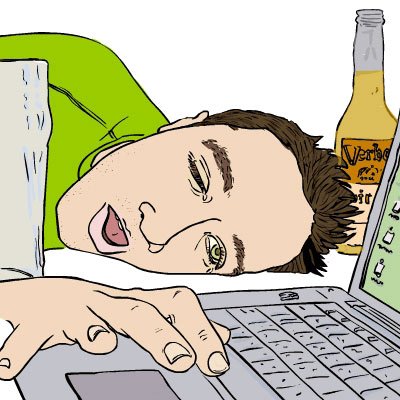 Just one more…then I can go home…

New Releases for Tuesday May 21st

Beautiful Creatures – This time around it’s a bunch of sparkly teen witches (not too sure if they actually sparkle) stirring up some angst in a small southern town. Jeremy Irons is along for the ride for some reason. Also on the Blu Ray. [youtube]http://www.youtube.com/watch?v=r9rjhB7KWEc[/youtube]

Comforting Skin – Strange sounding local fare about a desperately lonely woman who is drawn into a destructive relationship with her tattoo, which moves around her body and talks to her. Yes you read that right. Maybe some sort of cautionary tale about the evils of tattoos? [youtube]http://www.youtube.com/watch?v=LV5PumdFNK8[/youtube]

The Last Stand – Leathery ageing lesbian Arnold Schwarzenegger returns to the big screen after years of screwing up California in this comedy action thing. He plays a “small town sheriff” with a confusing accent who has to stop some bad guy with a fast car. Directed by the guy who made I Saw the Devil, so for that reason alone, I’ll watch this. Also on the Blu Ray. [youtube]http://www.youtube.com/watch?v=BS-FyAh9cv8[/youtube]

Parker – Jason Statham is Parker – a thief with ethics who’s out to kick the ass of the dirty double crossers who, well, double crossed him. Don’t get in his way! Unless you’re J-Lo, then by all means, get in his way. Also on the Blu Ray. [youtube]http://www.youtube.com/watch?v=UcoG6NwxEF4[/youtube]

Side Effects – Is this really Soderbergh’s last movie? Really? He keeps threatening to quit and I really wish he wouldn’t because he makes such fine thrillers like this one. Rooney Mara’s life spins out of control when the drugs she’s taking for depression have, let’s say, unforeseen side effects. Some shaky plots twists almost unhinge it in the later stages but it’s a fine ride nonetheless. Also on the Blu Ray. [youtube]http://www.youtube.com/watch?v=fSvF-A4_JgM[/youtube]

Stand Up Guys – Olde timey crooks, Pacino, Walken and Arkin get the band back together for “one last job”. Can’t really go wrong with a cast like that. Also on the Blu Ray. [youtube]http://www.youtube.com/watch?v=OyuDSDIRkKo[/youtube]
As a bonus I’m going to throw in this great photo of Pacino and Walken. May it please your eyeballs. 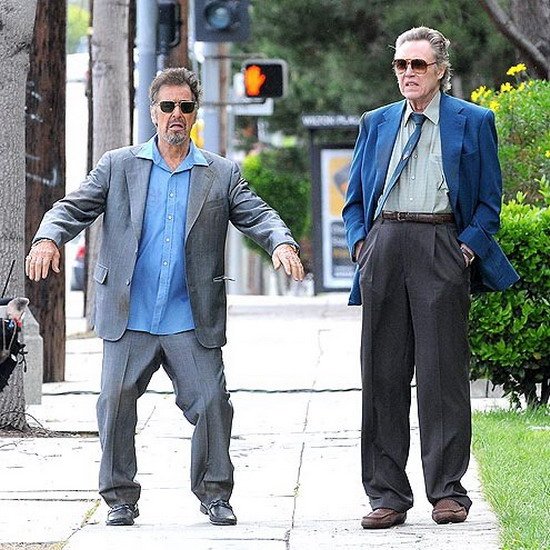 Stories We Tell – The lovely and talented Sarah Polley directs this doc about a family of story-tellers and the stories that they tell. Won a bunch of awards somewhere, sometime. [youtube]http://www.youtube.com/watch?v=kX5FazT1ysk[/youtube]

Kaleidoscope – Trippy, hippy fun from the 60’s with Warren Beatty, his thick lovely hair and the lovely Susannah York, who I imagine has nice hair as well.

And for this weeks chortle I’ll leave you with a nice mix of Daft Punk and screaming goats. Enjoy..

Copyright © 2013 Black Dog Video, All rights reserved.
You are receiving this email because you signed up in-store or online.