So I was hoping to get around to adding more DVDs to the sale bins at the stores over the last week or so (just finally added a bunch to Commercial this morning) but my sprog, Swanson we’ll call him, came down with some shitty illness that confined both of us to the house. Now usually I kind of like it when Swanson gets sick – he’s very quiet, lovey and sleepy but still he retains his great sense of humour. And he’s usually only down for 1 or 2 days. Monday was day five and he finally is starting to get back on his feet. I remember when I was a kid and got sick, it was great – no school watch as much TV or movies as I could, ate whatever I wanted, doted on hand and foot. I guess the downside was the being sick part – the vomiting, the hair-loss, the uncontrollable falling down, the tail and horns that sprouted, the horrible rashes, the bleeding eyes, you all remember that from being a kid, no?

So I thought that with him being confined to the couch it would be a good time to watch some films with him. There’s some fine animated fare out there right now – Wreck-It Ralph and Paranorman – but he wasn’t interested in either. “You know Dad, movies just aren’t my thing. I’m more of a TV kind of guy”, he told me, sending daggers into my heart. How could this be my son?! I had to question my wife and her over-familiarity with that hunky, movie-hating milkman. I did manage to squeeze in Raiders of the Lost Ark and he did seem to enjoy that, even with the melting faces and exploding heads (or because of those I hoped). I’ll get him turned around at some point. He doesn’t like food or hockey either but I imagine that will change. At least the food part. Don’t really care about the hockey. Time will tell. 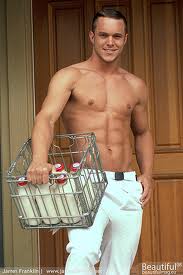 Ain’t got no time for no movies, just milk. Lots and lots of milk.

The Hobbit: An Unexpected Journey – Pretty entertaining film although not on par with the Lord of the Rings flicks. I’m not too sure why Peter Jackson decided to make a fairly slight book into 3 overly-long movies. I assume that they drove a dump truck full of money up to his door. For more “in-depth” thoughts of The Hobbit, check out a blog post I did about it a few months ago here http://ow.ly/jegnL. We’ll have it on the DVD and the Blu Rays of course. [youtube]http://www.youtube.com/watch?v=SDnYMbYB-nU[/youtube]

Mars & Avril – Weird but intriguing sounding Canadian sic-fi film about an old man who designs instruments inspired by the bodies of woman, his apprentice and the woman who models for them. Much sexual hi-jinks, I presume, ensue. Oh and there’s something about her getting lost in a form of cosmic consciousness (admit it, we’ve all been there) on her way to Mars. So there’s that. (sorry, couldn’t find an English subtitled trailer) 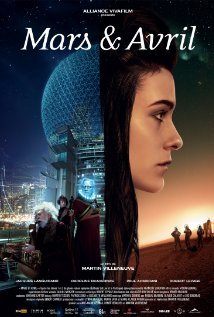 Les Miserables – Much ballyhooed adaptation of the hilarious story about bread thievery and everyone dying during the French Revolution. Everyone sings their own songs, including Russell Crowe and Borat. Just warning you. I remember seeing the stage adaptation waaay back in 1985. Three hours of singing, dancing and despair. Good times. Also on the Blu Ray. [youtube]http://www.youtube.com/watch?v=IuEFm84s4oI[/youtube]

Rust and Bone – Heavy French drama starring one of my favourite actors, Marion Cotillard, who trains killer whales or killer octopuses or killer water monkeys or something who has a very bad day in the pool. She then meets a guy who piggy-backs her around. From the guy who made the excellent films A Prophet and Read My Lips. [youtube]http://www.youtube.com/watch?v=QO2VgnDKYRU[/youtube]

This is 40 – Judd Apatow returns to clog up your eyes for 2 and 1/2 hours with this comedy/drama about rich white people turning 40 and all that that entails. I’ve heard both good and bad things about this one but any supposed comedy that is over 2 hours long his way out of order in this guy’s books. Someone hire this fella an editor. At least it has the fabulous Paul Rudd in it. Also on the extended edition Blu Ray which bloats it out to 2 hours and 17 minutes. [youtube]http://www.youtube.com/watch?v=MhVWgBQwIlo[/youtube]

Zero Dark Thirty – Controversial flick about the hunt for that dude named Bin Laden. I guess they had more luck than Morgan Spurlock did. I dunno for me, given the chance to have some Dark Thirties, I’d go with more than Zero. I’d say gimme at least 9 Dark Thirties. Also on the Blu Rays. [youtube]http://www.youtube.com/watch?v=cAtWcvCxPhc[/youtube]

For you conspiracy theorists (and Star Wars fans) out there…[youtube]http://www.youtube.com/watch?v=2dvv-Yib1Xg[/youtube]

That’s it for this week, kids. Spring is coming, so they say. Get out, plant some food, go for a walk, pet a dog, spend some time on a patio and remember, keep watching.