Well another year has come and gone, everyone inching their way closer to the great inevitable conclusion (the grave in case I was being too obtuse). 2012 was a pretty significant year for us here at the Black Dog. Things looked pretty grim throughout 2011. A lot of good stores closed up shop – Videomatica, Independent Flicks, Happy Bats, Applause and others. We were on the cusp as well but we managed to pull through. I just want to throw out a big thanks to our great staff and especially all of you fine people who continued to come in and rent films. We want to stay relevant and useful as long as we can in this age of ever-present and ever-looming technology. Cheers to you all and all the best for the coming year!.

We survived Christmas relatively unscathed. Too much food, drink and sloth as usual. The sprog had a blast of course, declaring Christmas the best day ever in his entire life. My mum saw fit to gift me a electronic blood pressure machine for Christmas. Useful, yes. Weird, definitely. Next year I’m hoping for a defibrillator or home colostomy bag kit. 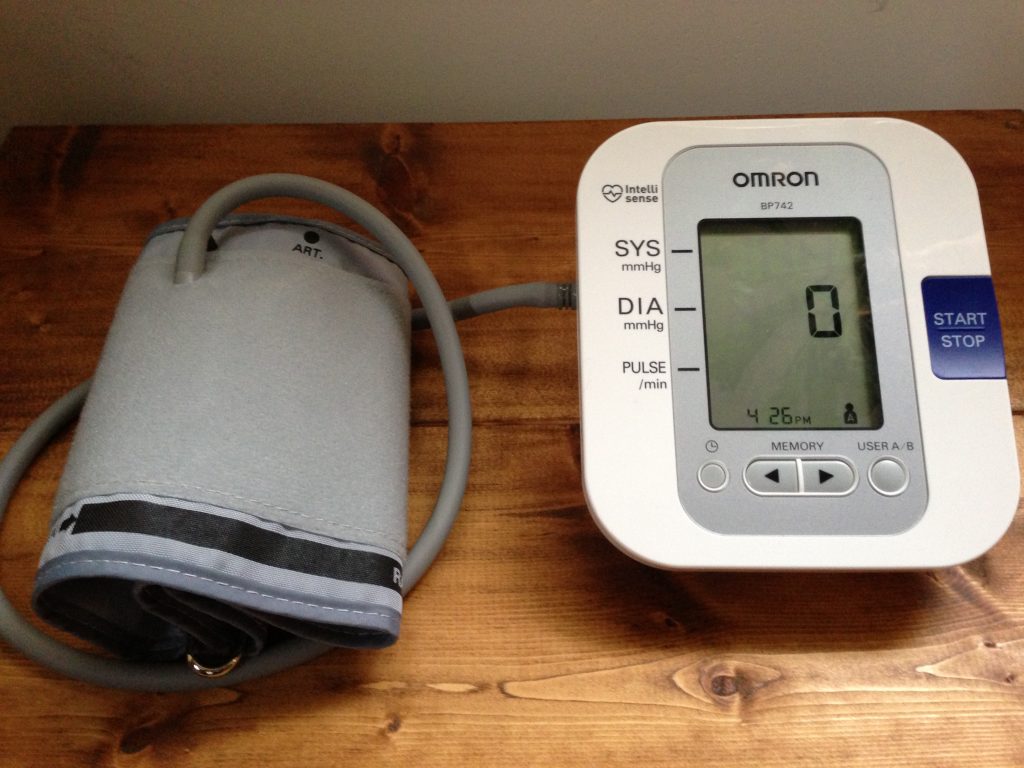 As you may have noticed, the end of the year best this and worst that lists have reared their ugly heads, for better of for worse. Well, we here at Black Dog Research and Development: Science and List Division are going to plague your eyes with even more year-end wrap ups. That’s right, our illustrious crew have assembled their picks for the year and we will present them a little further on down in this publication.

Just a reminder we still have plenty of lovely Black Dog Tote Bags for sale. Only $3.00! You’re saving money by buying these!

New Releases for the End of the Year

Cosmopolis – That sparkly vampire from the Twilight films needs a haircut. So David Cronenberg plops him in the back of a limo and parades him through the streets of a chaotic and crumbling New York. I think that this is going to be one of those love it or hate type things. Pretentious? Profound? Who knows. I’m intrigued as I love most of what Cronenberg throws up on the screen. Also on the Blu Ray. [youtube]http://www.youtube.com/watch?v=q3ZmIwteUAY[/youtube]

A Gang Story – Well received French thriller about, well as one can surmise from the title, the story of a gang. A real-life gang who did gang-related things back in the 1970’s. Big fan of French thrillers so I’m hoping for good things here. [youtube]http://www.youtube.com/watch?v=dY44hwXTKJw[/youtube]

Looper – Damn fine time-travel thriller that has a really weird-looking Joseph Gordon Levitt (he looks very disturbingly like a fellow I had a falling out with recently – hard to shake that while watching the movie) as a guy who kills mob type guys sent back from the future. What happens when he confronts his old man self, who looks uncannily like Bruce Willis, who’s he’s supposed to off? Clever, intriguing and fun. Just don’t look too closely for the plot holes as all time-travel stories have ’em. The disappearing fingers part is awesome. Also on the Blu Ray. [youtube]http://www.youtube.com/watch?v=2iQuhsmtfHw[/youtube]

The Words – Writer dude steals another writer dude’s work and passes it off as his own. Drama and other stuff ensue. Heard this one is a mixed bag. A mixed bag of words. Also on the Blu Ray. http://www.youtube.com/watch?v=gjmrDDD9o_k

And as promised here’s a whole bunch of Black Dog staffers best and worst and stuff in-between picks of the year. Enjoy and discuss…

I guess that 2012 was a pretty good year for movies. I didn’t get to the theatre or see as much at home as I would have liked (no surprise there) but I managed to see a bunch of fine flicks. This list isn’t a best of the year list, just a list of films that I enjoyed the most. I didn’t get to see some highly touted films such as The Master, Argo, Life of Pi, Lincoln, The Hobbit or That’s My Boy so don’t freak out.

1. Django Unchained – Best QT movie since Pulp Fiction. Even at almost 3 hours I wanted more.
2. Bullhead – Sad, shocking, engrossing. This was my number one pick until last week.
3. The Raid: Redemption – Best action film since The Road Warrior. A blast from start to finish.
4. Cabin in the Woods – Best horror comedy since Evil Dead 2. Great, inspired take on the genre.
5. Goon – Vulgar, hilarious and it’s about hockey. You can even call it a romantic comedy if you like. Only Slap Shot is better.
6. Queen of Versailles – What starts out as a doc about American bloat and excess turns into a great family drama. These people are what’s wrong with the world.
7. Moonrise Kindgom – Love me some Wes Anderson. Best non-animated-fox movie he’s done since the Tenenbaums.
8. Safety Not Guaranteed – Time travel love story. Great little indie flick.
9. Killer Joe – Nasty B-movie exploitation that’s also one of the best comedies of the year. My hope is that someone makes Matthew McConaughey only play twisted bad guys from now on.
10. Kill List – Brutal nasty British crime saga with a touch of Wicker Man thrown in for good measure. Best hammer-hand scene ever.

I had to cheat because the two films that were by far my favorites have only shown at VIFF. Michael Haneke’s AMOUR is a simple and amazing story about the strange powers of love. It got me more emotionally worked-up than any film since Mike Leigh’s Vera Drake. Then there’s HOLY MOTORS by Leos Carax which is more crazy big-time fun than anything else this year. They’ll both be back in town soon. The rest are pretty good and they’re all available at Black Dog:

The Kid with a Bike
Once Upon a Time in Anatolia
Weekend
Margaret: Director’s Cut
Footnote
The Deep Blue Sea
Route Irish
Your Sister’s Sister

Rent them now, rent them often.

these are the movies I liked!

The Snowtown Murders (Justin Kurzel): The true events surrounding Australia’s most notorious serial killer John Bunting. Brutal but brilliant. Not for those with weak stomachs or sensibilities.
Paradise Lost 3: Purgatory (Bruce Sinofsky & Joe Berlinger) : the last chapter of the insane miscarriage of justice surrounding the West Memphis Three.
Michael (Austrian film by Markus Schleinzer) : five months in the life of a pedophile who keeps a young boy locked in his basement. Once again, not for everybody, but this was definitely one of the best films I’ve seen in a long time.
The Master (PT Anderson) : a navy servicemen suffering extreme PTSD after returning from WWII becomes deeply involved in a faith based organization (CULT). An awful lot of overacting I thought, but it worked.
My Perestroika (Robin Hessman) : a documentary following five separate stories of the last generation of children brought up behind the iron curtain.
Killing Them Softly (Andrew Dominik) : focuses on the robbery of a mob protected card game. Andrew Dominik can do absolutely no wrong in my mind. He has written & directed two of my all time favourite films – Chopper & The Assassination of Jesse James by the Coward Robert Ford. This man has style for days.

Hit So Hard (P. David Ebersole) : Documentary about Patty Schemel, drummer of Hole. Lots of personal footage of her on tour. A crazy life story, and some good scary Courtney Love clips.

Bear in mind, I’ve really fallen behind my normal movies/week ratio since starting transition, I’m doing more things, out more, and not as gung-ho to be watching movies (and even sadder, not reading as much either.) as much as I have been in past years.

As usual I’m leaving out lots of “big” movies, and concentrating on stuff that was maybe under the radar, especially for those in a Video Store Deprived Area. Checking Rotten Tomatoes on your iPhone is not nearly the same kind of experience as talking film with a professional video clerk. I’m drawn to the small Indie stuff like “Pariah” below with the same joy as I am Big Budget Stuff Like “The Avengers,” which I loved, but don’t “need” to recommend to anyone.

I’m doing categories this year. so… there are no winners, only good movies!

The Guard – Had the most laugh out loud moments of the year for me. the only film on this list I’ve already seen twice.
Tiny Furniture – Watched after seeing the first episode of “Girls” I grok Lena Dunham in these parts she gives herself. very relatable stuff despite being completely alien in terms of local culture.
Safety Not Guaranteed – Beats out “jeff” below as quirkiest Indie flick by a narrow margin. Mark Duplass and Aubrey Plaza are a power couple!
Jeff Who Lives at Home – Offbeat in a very nice way this flick, with my favourite performance from Ed Helms ever, usually he bugs me, but he fit in this.

Guilty – A film that helped change France’s arcane legal system based of a horrifying true story of railroading.
Poetry – Possibly my favourite film of the year if pressed, in terms of the assuredness it had of itself. Amazing movie about aging gracefully.
Bullhead – Holy Crap! This movie is mesmerisingly messed up. an amazing film that is wrenching and charming almost at the same time.
Secret Sunshine – Another gut-wrenching flick. If you need a “good cry” this may be your picture.

Take Shelter – Wins The Michael Shannon Crazy Guy award, starring of course Michael Shannon as a midwestern dude who may or may not be having visions. freaky deaky.
Martha Marcy May Marlene – The talented sister takes over. Stunning film about escaping a cult. Also John Hawkes, you had me at…
Pariah – Best “coming out” film in a decade! Likely because it has a great script and is as much about coming out as a writer (an artist of any kind) and as queer.

Jiro Dreams Of Sushi – Best documentary to inspire you to do whatever you do regularly, and well. Holy Pride In Performance, batman!
The Woodmans – I’m completely entranced by the figure of Francesca Woodman, now, and more so her photos. her family kinda creeps me out, but in an awww, they’re so quirky kind of way. must watch doc.

Let’s hope that 2013 is a better year than then past 12 months (which actually a pretty good year in most respects). My wish for 2013? – to see less shootings, less mad Syrian dictators, less Pussy Riot girls in prison, more good movies, and good health and happiness to all who deserve it. One thing I’d like to see – my wish – a prediction for 2013 if you will? It involves our dear leader, Stephen Harper. I see (and am hoping for) a scandal in his future. I’m hoping for something along these lines; it comes to light that while abroad on “business”, Harper had a dalliance with a ladyboy in Thailand. This illicit trust results in Harper contracting syphilis and, of course, he tries to cover it up. The resulting cover-up leads him to not receive treatment thus rendering him blind and infirm (that’s what syphilis does, right?) . It is upon this resulting blindness and runny decay that the depth of the scandal is revealed. He is then is forced to resign, his wife leaves him, his children shake his hand, and he moves out of 24 Sussex Drive and back into his mom’s basement. Wouldn’t that be awesome? Is that too much to hope for? 🙂

Till we meet again….