Just returned from a fabulous weekend of outdoor ice hockey and indoor eating and drinking up on top of a mountain. Totally enjoyed every aspect of it (we won the tourney for the first time in 7 years!) except for the sleeping. I’m a bad sleeper at the best of times but put me in a room with a snoring hockey player and I’m done for. I crawled into bed around 4am Saturday night (Sunday morning to be precise) only to lay there and listen to my teammate – we’ll call him Czernobog – do his best hell-beast rising from the depths to enslave and devour all that lay before him impersonation. Mild mannered and friendly by day, Czernobog is transformed into a grotesque, snarling Chupacabra monster by night. I lay there staring at the ceiling being assaulted by his alarmingly guttural shrieks, wondering if I should call 911 or just kill him now. Then I started thinking of different ways I might like to kill him – crossbow to the throat, leg-hold trap to the groin, tie a bag of bees around his head – that kind of stuff. Oh and on top of all that cacophony, for reasons unknown to me, I couldn’t get that wretched Kim Mitchell song, Patio Lanterns out of my head! What level of Dante’s Inferno was I trapped in? I then began to ponder as to why snoring, on an evolutionary level, even exists. Like really, what possible purpose does snoring serve? I doubt that it’s useful in the courting process, so we can rule that out. Snoring will guide your enemies to your exact location and they will also know that you’re asleep and they will kill you. I’m pretty sure that nobody likes snoring, no-one finds it adorable, not even during the honeymoon phase of a relationship. “It’s so hot the way you snore, baby. I love those devil-pig in a slaughterhouse grunts that you make when you’re asleep. Reminds me of unicorns riding angels”. Maybe snoring will soon go the way of wisdom teeth, the appendix, baby toes, and hair in the next evolutionary advance. Maybe our children’s children will be spared this horror. 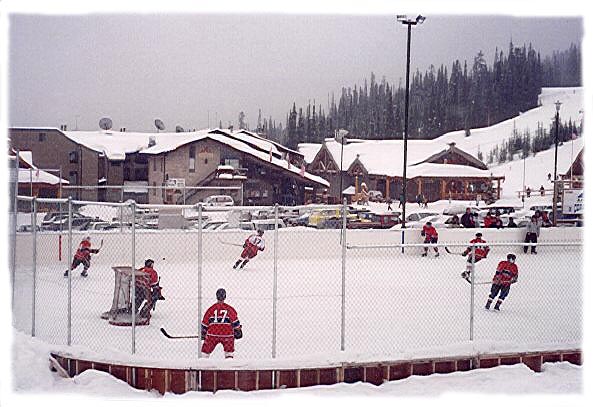 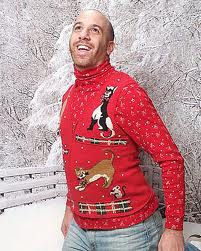 Czernobog during the day, nice guy! 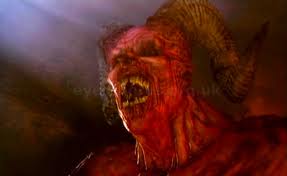 Czernobog drifts off to sleep revealing his true self.

On another note – we still have a pile of old track lighting at the Commercial location. It’s destined for a landfill if nobody wants to rescue it from that fate. Want a part of history? Drop us a line…

End of Watch – Dreamy Jake Gyllenhaal ann Michael Peña star in this gritty LA cop film. Shot documentary style, word has it that it’s an intense, profanity littered (the word “fuck” is used 326 times, making it sixth in the all time profanity list) bit of insanity. Why anyone would want to be a cop in LA (or anywhere really) is beyond me. That said, I do enjoy my tough cop movies. Also on the Blu Ray. [youtube]http://www.youtube.com/watch?v=mf2K9GzgiF0[/youtube]

5 Broken Cameras – Academy Award nominated doc about a Palestianian farmer guy living in, well, Palestine who documents his life for 5 years as he non-violently fights against Israeli army and all of their shenanigans. [youtube]http://www.youtube.com/watch?v=q_93nOqwmhU[/youtube]

For a Good Time Call – A couple of attractive former college aquaitences move into a fab apartment in NY and decide that they should start a phone sex business in order to make ends meet (no pun intended). Because we all know that phone sex operators are all hot college coeds. NSFW trailer – [youtube]http://www.youtube.com/watch?v=7081WVR9sg0[/youtube]

Jack and Diane – Little ditty ’bout Jack and Diane, 2 lesbian werewolves growing up in the heartland…so sings John Cougar Melonville. Don’t really need to say more than lesbian werewolves do I? And no, it’s not a documentary. Has some cool animated sequences by the Quay Brothers so it has that going for it. [youtube]http://www.youtube.com/watch?v=HJhgPLf1YXk[/youtube]

Searching for Sugar Man – Academy Award nominated doc about a couple of South African dudes who go searching for their musical hero – a guy named Rodriguez – who mysertiously dissapered in the 1970’s for some reason. Do they find him? Is he OK? What happened to him? Was he abducted by aliens? Eaten by a bear? Changed his name and became a professional lacrosse player? You’ll have to watch to find out. [youtube]http://www.youtube.com/watch?v=tDw7OqVBT-w[/youtube]

Universal Soldier: Day of Reckoning – Old broken down men Jean-Claude Van Damme, Dolph Lundgren (although either could easily kick my ass) return as genetically modified soldiers (should also be starring Lance Armstrong – zing!) who want to take over the world or something. Does the plot even matter? Heard that it’s not as bad as one would expect. Also on the Blu Ray. [youtube]http://www.youtube.com/watch?v=GPcMKd_73Ys[/youtube]

Unjust – Korean serial killer on the loose and the cops try to find him while some thick-necked politicians pressure them to wrap up the case type film. Breath….[youtube]http://www.youtube.com/watch?v=Vfs5rifq_jY[/youtube]

King: A Filmed Record from Montgemery to Memphis – Made in 1970 and rarely ever seen, this excellent doc on Martin Luther King is finally available. Check it out and get your civil rights knowledge on!

Alright folks, that is it for this week. Till we meet again..