I spent this past weekend up on top of a mountain playing in an outdoor hockey tournament. Good times although mother nature put the kibosh on our championship game by raining down upon us a hellfire of the wet stuff like I haven’t seen in a long time. Hard to play hockey in 4 inches of water. Still it was a good time, maybe too much if you get my drift. I’m hoping that this edition doesn’t reflect the sorry state of my brain today.

Just a reminder about our crushing movie deals we have going on at the stores. The new 10 for $35 card. That’s right, you come in, pay us a measly $35 (includes tax) and we give you a punch card that is good for ten rentals! If my math is correct that works out to $3.50 per rental. And of course how could one forget our regular deals? Two films for $7 (one old and one new or two old films) or 2 New Releases for $10 Sunday to Thursday, and 5 old films for $8.00 on Wednesdays. Man it’s hard to keep track. Just show up on any day it will be a good day. Also a reminder that we have lowered (yes you read that right – lowered) the cost of our TV series DVDs. New Releases rent for $3.50 and the old ones are just $3.00! See you there!

Buried – Ryan Reynolds gets buried alive in a coffin somewhere in Iraq for some reason. He has only a lighter and cellphone to get him out of this fine predicament. Doesn’t sound like much on paper but word has it that it’s excellent! Ooh, being buried with hunky Ryan Reynolds sounds too dreamy to be true! Also on Blu-ray.

Horde – Cops and robbers and zombies! French Style! I wonder if the zombies say “cerveaux!” when chasing their intended lunch?

The Infidel – Comedy about a Muslim dude who finds out that he’s adopted, and Jewish. Let the hilarity ensue! Big hit at this past film fest.

Jack Goes Boating – Philip Seymour Hoffman makes his directorial debut and stars in this comedy/drama about a limo driver who gets set up on a blind date. Doesn’t really sound too exciting but its really about people and characters and boating.

Justified Season 1 – Never heard of this series but word has it that it’s quite excellent! Timothy Elephant (I think that’s his name – the marshall from Deadwood) stars as a tough, 19th Century style sheriff who is reassigned from Miami to some backwoods burb in Kentucky where he grew up. Hmmm sounds intriguing.

Louis C.K. – Hilarious – What more can you say about the funniest comedian out there? He’s hilarious!

Paper Man – Jeff Daniels stars in this comedy/drama about a guy who never really grew up and has an imaginary friend – Captain Excellent (again with the dreamy Ryan Reynolds – this time with an unpleasant blond dye job).

S &Man – Doc that follows horror film-maker J.T. Petty as he draws connections between horror films and voyeurism. He looks at seedy underground fetish films, the most notorious of these being a series called S &Man. Word has it that’s it’s quite disturbing and nasty. Sounds like a date night to me!

Stone – Edward Norton goes all method acting by corn-rowing his hair in this prison drama that finds him using his hot wife, the hot Milla Jovovich, to help seduce his parole officer played by some newcomer named Robert DeNiro. Also on Blu Ray.

The Switch – Thespian Jennifer Aniston wants to get pregnant so she opts for the old tried and true turkey baster method. Unbeknownst to her, best friend Jason Batmen swapped the donor sperm for his, because, that’s, like, what guys do. Look for this one come Oscar time.

Takers – Another tale of a bunch of bank robbers whose plans go awry. Stars a bunch of guys – Chris Brown, Hayden Christensen, Paul Walker, Matt Dillion and, of course, T.I.

On the series of tubes known as the Internet

Rotten Tomatoes has put out their list of the best reviewed films of 2010, enjoy. http://www.rottentomatoes.com/m/killer-tomatoes-strike-back/news/1921686/the_2010_golden_tomato_awards/

Check out this awesome poster! 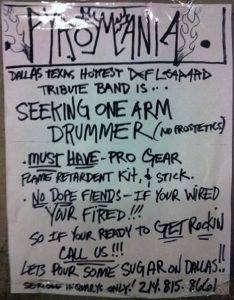