I’m a broken down old man. I was out playing some soccer in the park with Swanson (my 7 year-old) and my body feels like it needs about a week in a hyperbolic chamber. I wonder if Michael Jackson’s old one is still available? I did something to my shoulder (and back and leg and ass) so this week’s newsletter is going to be a short, but hopefully sweet, one as it’s painful to type. I took a puck in the foot on Saturday so my foot hurts as well so I can’t use that to type in case that’s what you were thinking. And yes, it was my left foot. My apologies to those tuning in looking for some witty banter. Next week, I promise. Or should say I hope.

The big DVD sales are starting to wind down. Just a few more DVDs to add to the sale bins over the course of this week. So come early and come often to score some fine deals – $5 each or 3 of 12 clams.

End of Time – Time man, what is it? Where is it going? Who invented it? And why? How do we stop it? Documentary to answer all of your questions and perceptions. Trippy…[youtube]http://www.youtube.com/watch?v=mF22eO5My4Y[/youtube]

John Dies at the End – Films don’t get much more “cult” than this freak of nature. Time travel, alien invasions, exploding eyeballs, meat monsters, Paul Giamatti, hotdog phones and so much more. As one can surmise, it’s not for all tastes but this flick from the writer/director of Phantasm and Bubba Ho-Tep is a boatload of fun. If you are one who might partake in the finer herbs that Vancouver has to offer, I might recommended that you do so. But that would be just pointing out the obvious now wouldn’t it? Also on the Blu Ray. NSFW trailer – [youtube]http://www.youtube.com/watch?v=2OQ82sGrWME[/youtube]

Great Barrier Reef – Fine looking BBC documentary looks at the fine looking reef over yonder near Australia. It’s only on the Blu Ray so slap it in your Blu Ray player and pretend that you have the worlds best fish tank in your living room. [youtube]http://www.youtube.com/watch?v=OyDDWEuO-4M[/youtube]

Hemingway and Gellhorn – HBO hullabaloo bio-pic about the title characters and their romance and whatnot. Good cast, (even has Lars Ulrich from Metallica in it!), fine director – Philip Kaufman (Henry and June) are there to help things along. You’re going to rent this, aren’t you…[youtube]http://www.youtube.com/watch?v=436eNdCUvEQ[/youtube]

Stitches: Bad Clown – Documentary about a murdered clown who comes back to life to seek revenge on those responsible for his untimely demise at a party. Did I say documentary? I meant stupid horror film. Who doesn’t enjoy a killer ghost clown movie every now and then? NSFW trailer – [youtube]http://www.youtube.com/watch?v=JrpoEG8fI6I[/youtube]

The Sweeney – Tough cop movie from across the pond (England) that has tough guy Ray Winstone toughing it up and solving some tough crimes. Based on the TV show of the same name…[youtube]http://www.youtube.com/watch?v=AoYiikdxGR8[/youtube]

Womb – This one sounds nice and messed up – A woman loves her dead husband so much, she has him cloned. From his infancy to manhood, she faces the unavoidable complexities of her controversial decision. No freaking kidding. That would be a really weird Christmas dinner. Stars the lovely Eve Green so it has that going for it. [youtube]http://www.youtube.com/watch?v=hgn4a7J8QlM[/youtube]

Hyde Park on the Hudson

As Luck Would Have It

Might be a tad late but Happy Easter stuff! 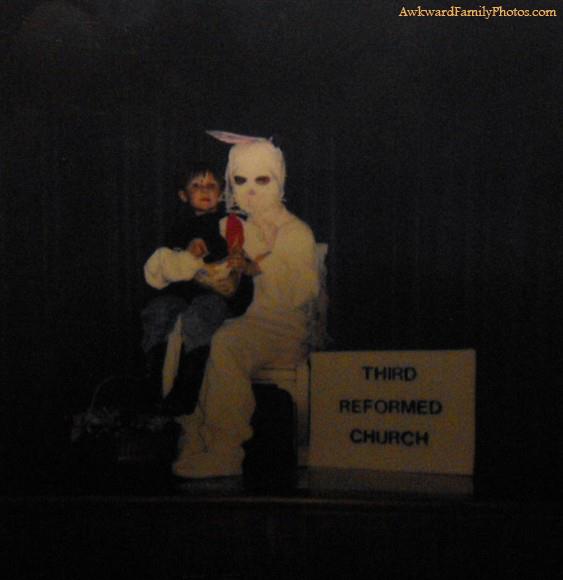 That’s it for this week folks. I hope you all had a splendid weekend frolicking in the sun. Now let’s get back to the business of movie watching!