What a difference a week makes. It’s starting to warm up (trust me it is) ever so slightly, the Canucks are on the verge of a sweep and moving onto the second round (I’m hoping for a sweep of all the series – no problem, right?), there’s a nice full moon to admire and we have a great week of quality DVD and Blu Ray releases! Oh joy!

A couple of things to let you know about; there’s some sort of Easter celebration, egg hunt (I never really got the Easter egg hunt thing – like the symbol for Easter, besides a dude nailed to a cross, is a bunny – bunnies don’t lay eggs. Where’s the Easter chicken?) happening in the Cambie hood this Saturday (the 23rd). Details in the You Go Internets section down below.

Also we have a sweet contest to win a pair of tickets to bat-shit crazy Randy and Evi Quaid’s “film” Star Whackers this Friday the 22nd at the Rio Theatre. Just announced – Randy’s band The Fugitives will be performing as well. Should make for a strange evening. Again, details down below.

Colditz – WWII “escape from the POW camp so you can return to London before the other guy not in a POW camp steals your fiance” type film. Stars Tom Hardy (Bronson, The Take) and Damian Lewis (Band of Brothers). Drama and escaping’, I presume, ensue.

Gulliver’s Travels – Jack Black craps in your eyes for an hour and a half in this half-baked, lame attempt at the famed story of Gulliver – a lout who ends up on the island of Liliput – an island populated by tiny, tiny people. Hilarity, was supposed to, ensue.

I Love You Philip Morris – Jim Carrey embraces his inner gay man, tries to pull some cons and frauds, lands up in jail where he meets Ewan McGregor. Romance, I presume, ensues. For those of you who never thought you’d get to see Jim Carrey and Ewan McGregor make out.

The King’s Speech – Tale of King George VI of Britain, as portrayed by unknown actor Colin Firth, and his unfortunate speech impediment. This won some kind of award or something a while back. For whatever reason this film holds little or no interest for me but I’ve been told by reliable sources that it is quite good. Stuttering, stammering and hilarity, I presume, ensue. Also on the Blu Ray.

Like Dandelion Dust – Heavy duty drama starring Barry Pepper and Mira Sorvino as parents of a young boy caught in a custody battle with good parents vs bad parents or something like that. Lots of acting and crying and yelling, I presume, ensue.

Rabbit Hole – Nicole Kidman and Aaron Eckhart star in the director of Shortbus and Hedwig and the Angry Inch, comedy (yes comedy – I’ve been told anyways) slash drama about a couple who lose their son in a car accident. I imagine that crying, laughs, and lots of acting ensue. Make a nice double bill with the above film, don’t you think? Also on the Blu Ray.

Somewhere – Sofia Coppola makes another sweet film about nothing in particular. This time out it’s Stephen Dorff sitting around examining his live when his 11 year old daughter comes for a visit. Word has it that it’s quite good. This is first in my que for the week. Also on the Blu Ray.

Street Kings 2: Motor City – Because we were all dying for a sequel to Street Kings 1. (Not called one at the time I expect). Ray Liotta replace Canoe Reeves. Don’t hold your breath thinking it will be as “great” as the first one.

The Temptation of St. Tony – From Estonia! A mid-level manager who develops an aversion to being “good” finds himself confronting the mysteries of middle-age and morality as he loses grasp of what was once his quiet life. The plot keywords on the IMDB include murder, chainsaw, cannibalism and surrealism so how bad can it be?

Mirage – http://www.imdb.com/title/tt0059448/
Arabesque – http://www.imdb.com/title/tt0060121/
Coming Next Week
Recently Viewed and Recommended
You Go Internets!
As promised here’s the skill testing question to win a pair of tickets to the crazy night at the Rio starring the Quaids in all there nutty glory. What film did Randy Quaid and Charlie Shen (see a theme here?) star in together. First one to post it on the Black Dog Facebook wall or send me a reply gets the tickets!
And this may be the funniest thing that you’ll see all day/week/month/year/life – http://www.youtube.com/watch?v=UUnT78ut9-k&feature=related
And for the Cambie Easter thingy
– 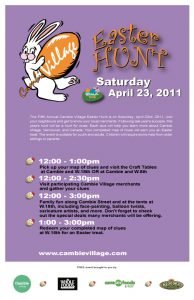