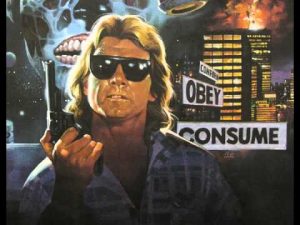 We’ve just set out scads of Blu Rays and DVDs – we only do things in scads – for sale at the Commercial Drive store for only $5 each! Whatadeal! Drop by to scoop up some fabulous films for dirt cheap. There will be more to come and we’ll be doing the same at Cambie real soon. Stay tuned. If you want to stay even better tuned, follow us on the facebook, twitter and instagram – black_dog_video (sorry about the underscore, the robot in my phone did that). We’ll be posting photos, updates and many interesting and amusing things. And keep you eyes peeled (figuratively, not literally) for our new blog. I’ll be putting it together over the next week or so. Good times await thou. 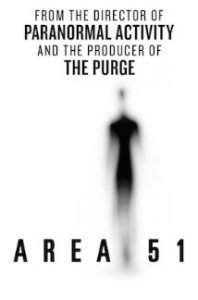 Area 51 – Another found footage horror film from the Paranormal Activity guy (I’m actually a big fan of that series) about some dudes who come across some shady doings and goings on at the famed military base in Nevada. I went there once. We stopped at a bar – A’Le’Inn – where some guys were going over a large map they had spread out on the pool table of Area 51, pointing out where they thought the aliens were housed. We had a beer and left.

Casual Vacancy – Adaptation of a JK Rowlings story (sorry no wizards to be seen here) about the shady doings and goings on in a small town after the death of a parish council member. Sounds hilariously intriguing.

Child 44 – Sweet cast – Hardy (who’s in pretty much everything these days), Oldman and Noomi Rapace (love saying that name) propel this murder mystery set in the old timey Soviet Union. Remember when it was called the USSR and they were all scary-like and then Sting sung about how they loved their children too and made everything less scary? Is there anything that Sting can’t do?

Far From The Madding Crowd – What is a madding crowd? Shouldn’t it be maddening? Is it a fancy British word or a town or something? I hate crowds as I find them quite madding. I mean maddening. Anyhoo, this latest, and quite excellent, adaptation from Thomas Vinterberg (The Celebration) stars the lovely and amazing Cary Mulligan as the wonderfully named Bathsheba Everdene (no relation to Katniss).

Insurgent – Part two of the three (or four, who knows?) of the “Gent” series (Divergent being the first one and Detergent, I believe, being the last) set in a dystopian future where hungry kids have to fight each other in an arena setting…wait that’s that another dystopian series where teenagers have to save the world…

The Salvation – The amazing Mads Mikkelsen stars in this violent western as a guy who must hunt down the nasty fellows who killed his family. The lovely Eva Green is also along for the ride. Don’t make Mads mad! Or madding.

True Story – James Franco and Jonah Hill star in this thriller where a killer (either Franco or Hill) takes the identity of a disgraced reporter (either Franco of Hill). Don’t know if it’s based on a “true story” or not. Sounds like (by the title only) as if it might be a combination of True Detective and Toy Story.

Wild Horses – Another western and another James Franco movie. Weird week. This one is about a detective who opens up an old missing persons case when he believes the boy to be murdered. Also stars old and crusty Robert Duvall and Josh Hartnett as a wooden cigar store Indian.

That’s it for this week folks. Stay safe, stay hydrated, use sunscreen and eat your veggies.