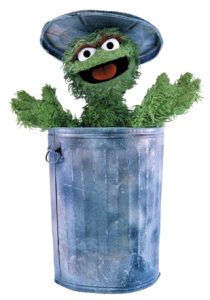 I hope you all had your fill of the Oscars. Nice to see JK Simmons get a little gold JK Simmons statue. Whiplash is now out on the DVD/BLU Ray and you should watch it. Especially if you like jazz and drumming and intensity. And Birdman. Neat.

So next week, March 5th, a Thursday of all days, is the 19th anniversary of the Cambie Black Dog Video! Holy hotdogs! It’s been 19 years since I opened the store. I had so much more hair back then. And less wives and children. It’s been a strange and wonderful and sad trip. I’d like to say, “Bring on 19 more!” but that seems doubtful. But you never know. So stop by on the 5th of March (next Thursday) for some sweet deals, a sale on our lovely T-shirts and whatever else we can come up with.

New on the Shelves!

Big Hero 6 – Oscar winner for best foreign film, I mean animated feature finds a big white blob guy making friends with a kid and saving high school or the world or something like that.

Elsa and Fred – A couple of old folks I thought might have been dead already (Shirley McClaine and Chris Plummer) hang out and dance and smile their toothless grins and do other things as well. Never too late for romance I’ve always said!

Horrible Bosses 2 – Another kick at the comedy can for the bunch of the goofs from the first instalment finds them getting caught up in kidnapping and other assorted hijinks. Because nothing is funnier than kidnapping. Nothing.

Kill the Messenger – Jeremy Renner plays a reporter who becomes the target of a vicious smear campaign when he exposes the CIAs involvement in arming the Contras in Nicaragua in the 1980s. Man, the US sure gets away with a lot of nasty shit. Based on a true tale.

Sons of Anarchy – Final Season – Those nice boys in matching outfits are back to drive around on their hogs and cause all sorts of mischief. I think this final season finds them in outer space for some reason.

Whiplash – Intense teen loner jazz drummer, who looks a bit like a talking potato, falls under the tutelage of borderline psycho jazz instructor. Much drumming, yelling, jazz and intensity ensue. Very much recommended.

Coming at You Next Week

We have lots to recommend to please your lovely eyes!