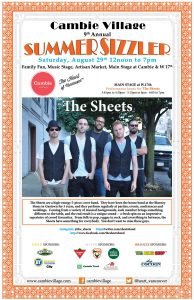 5 sheets to the wind.

It seems that there’s a doins a transpiring over at Cambie this weekend. Drop by the hood to take in some super fun things such as games, BMX stunts, music from musicians such as these fine young gentlemen and their nifty vests, face painters, stilt-walkers, a fight club and maybe even some mime slapping (not to sure about those last two, but we’re keeping our fingers crossed). Fun for the whole family! To join in on the festivities we’re going to offer a fabulous deal – rent any two DVDs or Blu Rays and get a third (of equal or lesser value) for free! Yee-haw! Hope to see all of your lovely faces out on Saturday.

Adult Beginners – Funny guy Nick Kroll loses his job in Manhattan so he moves in with his estranged sister and becomes their nanny. Hilarity, I presume, ensues because there’s nothing funnier than a guy trying to change a diaper and feed a baby, right? 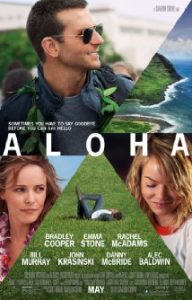 Aloha – Cameron Crowe continues his slide into mediocrity with this comedy/drama about some good looking people with nice teeth – Bradley Cooper, Emma Stone, Rachel McAdams – doing and saying things in Hawaii. Whatever happened to the guy that made Say Anything and Almost Famous?

Big Game – The President of the United States (Samuel L. Jackson) is riding along on Air Force One when it gets shot down and crashes in the woods. Luckily for him he crashes near a helpful teenager who saves him and helps him fight some bad guys. Ludicrous fun for the whole family (except children).

Boychoir – Misfit 11 year-old joins a choir full of boys (Boychoir!), for some reason, where he runs into a mean, challenging choirmaster. Sounds a little like Whiplash but with less drums.

Cub – Cool looking horror film from Belgium finds a little dude, who is constantly picked on by the kids in his scout camp, going into the woods to see if the local legend about a monster is true. What do you think, does he find it or do they just sit around the campfire eating smores and singing songs about drunken sailors?

Good Kill – Ethan Hawke is a drone pilot (I thought that they were pilotless?) who starts to have questions about the ethics of his job. What, the job of dropping bombs on folks in distant lands from the comfort of your office, or den or swimming pool?

Lila & Eve – Viola Davis and J-Lo are a couple of moms who go on a rampage of revenge after their kids are gunned down in a drive-by shooting. Think Death Wish Charles Bronson but with less moustaches and inaudible grunting. 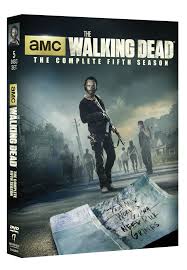 Walking Dead Season 5 – More zombies trying to eat the brains of the boring, unlikable folks who are still alive and having relationship problems.

Have a splendid week, Vancouver. Party.