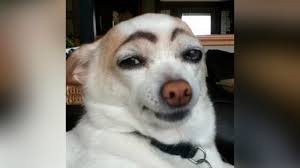 This weeks prose will be short and sweet. You can bet on that. Not much action on the shelves. Probably explains the large amount of films over the past two weeks. Here’s lookin’ at you, kid.

Eurocrime: Italian Cops and Gangster Films that Ruled the 70’s – As one might surmise by the lengthy title, this is a nifty doc about some great genre films (many of which are available at your local Black Dog!) that came out of Italy in the 1970s. Fun flick!

Pioneer – Norwegian film, from the director of Insomnia, about a guy obsessed with reaching the bottom of the Norwegian sea during Norway’s famous oil boom of the 1980s. You remember that boom, right?

R100 – Crazy Japanese film about an ordinary guy who joins a club. One that is not very ordinary. They seem to specialize in guerilla acts of degradation. Lots of kicking, whipping, slapping, sloshing, spitting and grenades. Let the fun begin!

Stray Dogs – Tough film about an alcoholic guy and his two kids trying to survive in Taipei. From the director of Goodbye, Dragon Inn and The Hole.

Wintersleep
The Babadook
Big Eyes
Escobar
Antarctica: A Year on the Ice
Foyle’s War Season 8
Goodbye to Language
I am Steve McQueen
Missing
Woman in Black 2: Angel of Death

That’s it for this week folks. Be good, Vancouver.