So it’s 5am Sunday morning. I’m lying in bed dreaming about nice things; puppies, unicorns, diabetes enthusiast and casual racist Paula Deen’s recent woes, when my slumber is interrupted but some odd music, bad singing and general shenanigans. I peer out my window to see a huge motor-home parked in front of my house, the occupants of which are on the sidewalk singing, drinking and, for some reason, taking photos of my hedge (to be fair, it’s a pretty nice hedge). I lay back down in bed pondering on how to address this situation. My wife has already made her way down the hall to sleep with the sprog, Swanson. I could slap on some clothes, pop a cold one and join them in their merriment. Images of Ken Kesey, Hunter S. Thompson and sayings such as “gas, grass, or ass, nobody rides for free” race through my brains. Or I could grab my hammer and go all Oldboy on their young, hipster asses. Or I could call the cops and be that old guy in his robe on the porch shaking my fist and yelling at those scallywags. Instead I sort of drifted back off to sleep only to be awoke about an hour or so later as the humungous RV sped off in search of more fertile partying grounds (I assume – who knows). It was an odd way to start the day, that’s for sure. Lucky for me some hockey and tasty tacos were still in my future. What does this have to do with movies? You tell me. 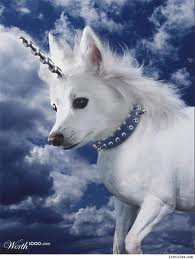 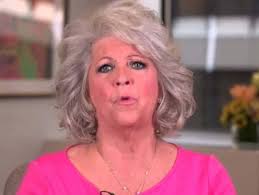 Welcome to my buttery dreams, y’all…

There’s something new brewing on the horizon – no, sorry, not Black Dog Beer – but something just as intriguing…Black Dog underpants! Stay tuned…

Black Pond – British comedy about a family who are branded murderers when they help a down-on-his-luck dude by taking him in for a meal where he promptly dies.That’s gratitude for ya. [youtube]http://www.youtube.com/watch?v=5l_rJtpePd8[/youtube]

The Call – Word on the street has it that this thriller starring Halle Berry and some phones is pretty darn good. She plays a 911 operator with a “mysterious past” who gets a call from a kid locked in the trunk of a car. Thrills, I presume, ensue. From director Brad Anderson – Session 9, The Machinist. Also on the Blu Ray. [youtube]http://www.youtube.com/watch?v=u50ILx42-zE[/youtube]

Call the Midwife – Excellent BBC drama/comedy about a bunch of midwives in the poverty stricken areas of East London in the 1950’s If ya like yer Downton Abbey, you’re sure to love this. We have Season 1 and 2. [youtube]http://www.youtube.com/watch?v=4tY0eUynAOY[/youtube]

I Declare War – Word on the street has it that this drama/thriller about some kids whose game of Capture the Flag goes too far resulting in some dire consequences is quite excellent. I expect it gets darker than stealing each other juice boxes. I’m hoping for more on the side of Lord of the Flies. [youtube]http://www.youtube.com/watch?v=YfEGoJh8FXQ[/youtube]

Hansel and Gretel Get Baked – Evil pot-head witch Lara Flynn Boyle lures the neighbourhood kids into her house with the promise of some very fine dope. She then drugs them and prepares to cook and eat them. Yes, you read all of that correctly. I have a feeling that there will be a special segment of viewers who may enjoy this flick. Only at Commercial at the moment…sorry…[youtube]http://www.youtube.com/watch?v=jGn3NhqIVVc[/youtube]

The Incredible Burt Wonderstone – Comedy about rival magicians trying to out-magician each other. Has comedy legends Steve Carell, Jim Carrey and Steve Buscemi making magic together in a magical way. Also stars James Gandolfini…RIP…Also on the Blu Ray. [youtube]http://www.youtube.com/watch?v=dnf5XOoKfd0[/youtube]

It’s a Disaster! – It’s the end of the world. Four couples have brunch. Hilarity ensues. Stars David Cross so it has that going for it. [youtube]http://www.youtube.com/watch?v=CA9S6NgzNYE[/youtube]

No – Excellent drama that finds the handsome and dreamy Gael Garcia Bernal playing an ad executive who comes up with a campaign that he hopes will lead to the defeat of that evil prick, Pinochet in Chili in 1988. [youtube]http://www.youtube.com/watch?v=lOeiw_BJPas[/youtube]

Phantom – Cold War submarine movie about a secret mission that could end the world. Or something like that. Someone or something may or may not be haunted in this. Not too sure. Supposedly based on a true story. Stars Ed Harris and Mulder. Also on the Blu Ray. [youtube]http://www.youtube.com/watch?v=hTGNNxqlba0[/youtube]

Pusher – English remake of the fine Danish thriller about a drug dealer who’s life becomes complicated – and not in a good way – when he borrows money from his supplier for what he’s told is “a sure thing”. Ya, right, has there ever been “a sure thing” in any movie that’s actually panned out? [youtube]http://www.youtube.com/watch?v=uBqDHsFzgJM[/youtube]

The Rambler – Weird, bizarre (isn’t that the same thing as weird?) violent rambling movie about a rambler (Dermot Mulroney – at his rambling best) who rambles around the countryside having adventures and encountering many a strange person. Expect the unexpected. And much rambling. [youtube]http://www.youtube.com/watch?v=LQpGbA4mHZE[/youtube]

Revenant – Good looking horror/action/comedy that finds a zombie soldier hooking up with his best friend to take on the city’s bad guy drug dealers and stuff. Looks like this one could be a lot of fun. Zombie fun that is. [youtube]http://www.youtube.com/watch?v=58vbhVzFAfU[/youtube]

Upside Down – Cool looking sci-fi dealy that finds two planets beside each other (like really beside each other) that are held together by gravity (or something like that). Star-crossed lovers live on opposite worlds and forces conspire to keep them apart. Of course a perilous journey must be undertaken to reunite the lovers. Stars Kirsten Dunst and Jim Sturgess as said lovers. Also on the Blu Ray. [youtube]http://www.youtube.com/watch?v=jLJqCPNFUlw[/youtube]

The Girl
This Girl is Badass
Tai Chi Hero
Tower

Depending on what I get up to next weekend (long weekend it is), there may not be a newsletter. Just giving you a heads up so you can prepare yourselves. In the meantime enjoy this…http://www.foundfootagefest.com/vhs-covers/#jp-carousel-1996