We’re not ones to take to the political stump here at Black Dog laboratories but I just have to chime in on how disappointed we all are with our pathetic government’s dreadful decision regarding the Kinder Morgan pipeline fiasco. How in any way shape or form can this be a good idea? How about taking some of those squillions of dollars and get some proper drinking water to the first nations areas that desperately need it? Or investing it in alternative forms of energy? I could go on about where to spend this dough and not relegate Canada to the wrong side of history as being leaders in dinosaur energy. Ack.! Makes me so mad. Know what doesn’t make me mad? Movies! We have lots! And talking about movies! We have a podcast! Check it out here. There should be a new episode up by the weekend and the plan is to release a new one every two weeks or so. Stay tuned… 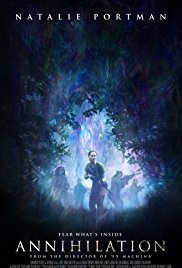 Annihilation – Pretty cool sci-fi mind-bender from the fella that brought Ex Machina into your living rooms. Natalie Portman leads a band of tough women into “The Shimmer” to find out what happens in there and what happened to the folks that went on in before. Mix together a little bit of 2001, Stalker, The Thing, Invasion of the Body Snatchers Alien, The Fountain and probably a few more to get a nice sci-fi stew that’s one of the more interesting and cool films of the year. 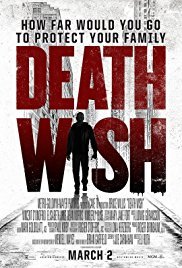 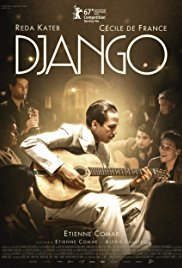 Django – Nice-looking bio-pic about Django Reinhardt (no Tarantino involvement here) and his flight from German occupied Paris in 1943. (Should be here by the end of the week) 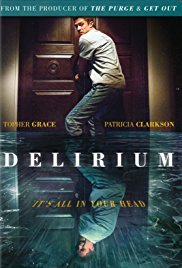 Delirium – Haunted house movie about a guy who thinks his house is haunted. (Should be here by the end of the week) 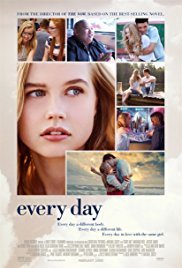 Every Day – Odd sounding teen-thing about a shy girl who falls for someone who transforms into someone different every day. Not too sure if it’s based on a true story or not. I’ll err on the side of caution and say that it is. (Should be here by the end of the week) 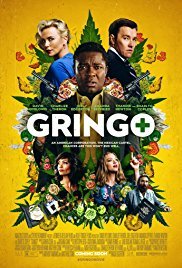 Gringo – Charlize Theron, David Oyelolo and some others romp around in this action comedy about a fella caught up in some nasty stuff he’d rather not be caught up in. (Should be here by the end of the week) 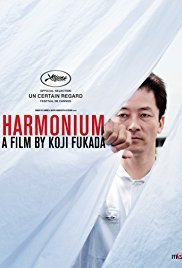 Harmonium – Excellent tense little dramatic affair about a guy who invites an old acquaintance into his family and gives him a job. Of course, things start to unravel after a while. Much acclaimed this film is. 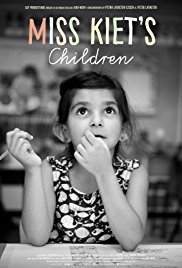 Miss Kiet’s Children – Excellent doc about a very nice teacher of refugees in Holland. Lovely. (Should be here by the end of the week) 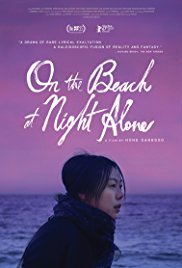 On the Beach at Night Alone – Terrific little drama about a woman wandering the beach at night alone (see title) pondering her affair with a married man. 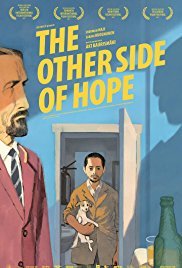 The Other Side of Hope – The latest from the great Aki Kaurismaki finds a poker-playing restaurateur befriending some refugees in Finland. I expect great things. 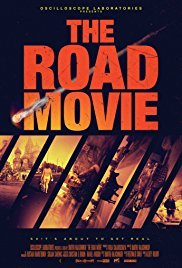 The Road Movie – Nutty film from Russia complied of motorists dash cams as they record the insanity on the roads of crazy Russia. I could watch this stuff for days. (Should be here by the end of the week) 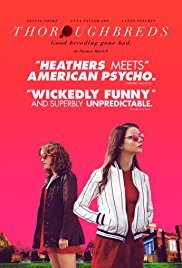 Thoroughbreds – Most excellent dark comedy about former teenage friends, who have grown apart, who rekindle their unlikely friendship with darkly funny results. Think if Heathers hooked up with American Psycho and had a weird terrible baby. (Should be here by the end of the week) 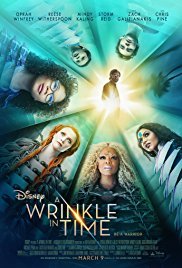 Wrinkle in Time – Colourful special-effects laden adaptation of the kids book about some kids going through space and time to find their dad or something like that.

Speaking of podcasts, our buddies over at Filmed in Canada have a swell one going on. I was a guest on a recent episode and it was a lot of fun. Check it out here.

That’s it for this week, folks. Have a great week, stay out of the sun, stay hydrated, pet a nice dog and remember, keep watching (and listening).

Copyright © 2018 Black Dog Video, All rights reserved.
You are receiving this email because you signed up in-store or online.

So after months of laborious labour, after many movies watched, after an unknowable number of beers consumed, the Black Dog After Dark podcast is finally ready to assault your senses!! Here’s the meat – myself and my two cohorts, Alex and Dylan (plus the odd special guest), return to the movies of our youth, watch them, talk about them and judge them as whether they still hold up or not. Do we still love them? Are they still great? Or are they actually terrible? Who knows? Join in the fun as the three of us sit around Black Dog after close (hence the title), enjoy some tasty beverages and prattle on about movies and other time-worthy subjects. Link can be found here. 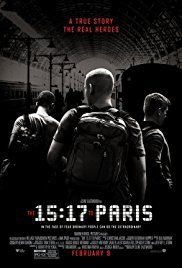 15:17 to Paris – Latest Clint Eastwood film (for better or for worse) finds 3 American dudes (all played be the actual dudes!) on a train from Amsterdam to Paris (no, not Milan to Minsk) who end up thwarting a terrorist attack on said (probably titular) train. Way to go America! 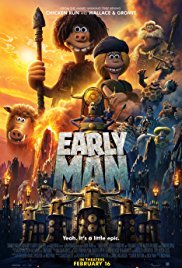 Early Man – Latest wonder from Nick Park over at Aardman studios (Wallace and Gromit etc.) finds a caveman named Dug who leads his tribe against a mighty enemy called Lord Nooth who threatens their way of life and so forth. DVD just arrived, Blu Ray and more DVDs on the way. 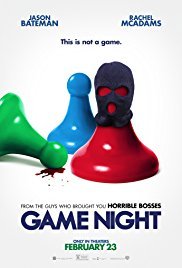 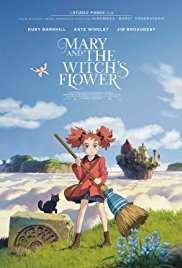 Mary and the Witch’s Flower – Sweet, fun-looking Japanese animation flick about a girl who discovers magical flowers that gives her magical powers. Probably good for your magical kids. 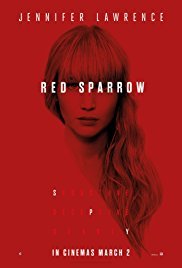 That’s it for this week folks! Stay safe, stay hydrated, stay out of the dreaded sun. Rent some movies!

Just wanted to throw out a huge thanks to all who came by the big sale last Sunday (and to RJ, Vanessa and Alex who got up real early to help out). It went swimmingly well! Lots of folks stopped in. Many DVDs and Blu Rays have found good homes. An event like this helps us out so much, especially in the spring which is the toughest time of year for us. I can’t say enough how much I appreciate this and also the fact that we’re still able to provide, what I think, is a valuable service to our community! There’s still lots of movies, TV shows, Box Sets and special editions left over and you can look for them in the coming weeks on the sale shelves at both locations. Cheers!

Baskin – Awesomely cool (from what I’ve been told) Turkish horror extravaganza about some unsuspecting cops who manage to find a trap door to hell. Rockets right to the top of my list to check out!

Black Panther – One of the better Marvel movies and the one that’s made the most moolah for those of you who are interested in such things.

Fifty Shades Freed – The climax to this middling “sexy” trilogy finds the people in the movie in search of a happy ending. Available in sexy and even more sexy editions! (at Commercial, at Cambie tomorrow)

God’s Own Country – Young farmer, Johnny Saxby, goes about his boring life getting his groove on with drinking and casual sex. That is, until a sexy Romanian lamber shows up and ignites something in Johnny’s loins. (at Commercial, at Cambie tomorrow)

The Insult – A seemingly innocuous argument between a Lebanese Christian fellow and a Palestinian refugee escalates into a national fracas and eventually ends up in court. Nominated for Best Foreign Film.

Submergence – James McAvoy and Alicia Vikander are lovers separated by vast distances – him being held prisoner in Africa, her in Greenland at the bottom of the ocean. Long distance relationships are tough. Directed by Wim Wenders (That movie about the angel who gives up his mortality to be with the human he loves). (at Commercial, at Cambie tomorrow)

Also of note – we now have the DVDs for My Friend Dahmer! At Commercial now and tomorrow at Cambie.

Don’t let all this sunshine get you down! Pop into the stores to brighten up your day even more! Till next week, ciao!

Yes you read that right, only four more sleeps (depending on if you actually sleep or not) until our mega-monster-madness sale! This Sunday, May 6th at 10am over yonder at the Cambie Store (please don’t show up at Commercial) we’ll fling open our doors and let you have at the thousands of DVDs and Blu Rays (think Criterions people!) we’ve gathered. Prices start at $5! You pay in cash and we’ll cover the tax! And if you can, BYOB – bring your own bag. Should be epic! Take a peek at the bottom of this missive for a sweet sampling of what will be up for sale. 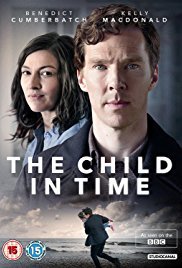 A Child in Time – Swell looking BBC dealy with Benny Cumberpatch and Kelly McDonald as parents (he’s a famous author) whose 4 year-old sprog goes missing while shopping for food stuffs. 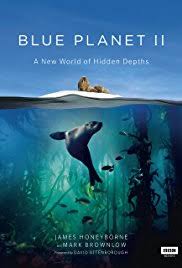 Blue Planet II – More amazing underwater photography of fishes and assorted things that live in the sea. Enjoy it while you can before humans ruin everything down there as well. 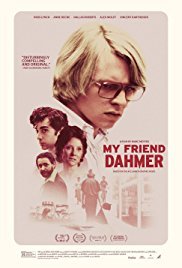 My Friend Dahmer – Ever wonder what Jeffery Dahmer was like as a teenager, you know, before all the cannibalism and what-not? Here’s your chance. (On Blu Ray at the moment – DVDs are on the way) 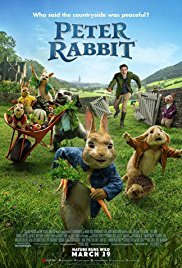 Peter Rabbit – A talking rabbit and his pals try to sneak into the farmer’s garden to do what rabbits do. No, not that! They want to eat all the carrots! 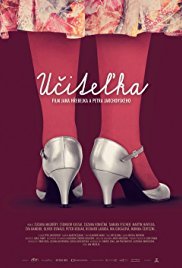 The Teacher – Comedy/drama from Czech Republic about a mean and nasty teacher with strong Communist ties who arrives at a school to be mean and nasty in 1983.

Thelma – A repressed and religious (kind of go hand in hand, no?) girl from the Norwegian countryside goes to the big city to go to school and falls for a female classmate. But as her feelings grow, so do her telekinetic powers! I’m on board with this one. 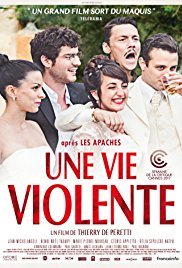 Violent Life – A French radical returns to Corsica for a friend’s funeral. Will it be his undoing? I don’t know! I haven’t seen the film. 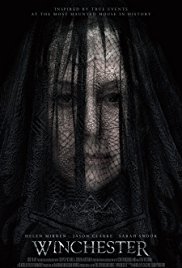 Winchester – Ho-hum ghost story finds Dame Helen Mirren as eccentric firearms heiress, Sarah Winchester, who believes her huge mansion is haunted by all the folks killed by her family’s guns. That would be a lot of ghosts. Like, a lot.

As promised here’s a splash of deliciousness that can be yours come this Sunday! Hope to see you there! (Well and in the stores renting some fine films before then as well) 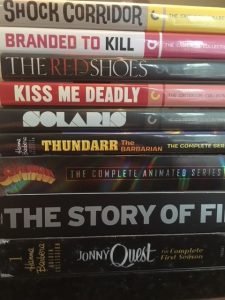