I don’t think many of us will be sad to see 2016 left behind. For some reason we measure things by an arbitrary number on a calendar and put meaning and value onto those things that fall within the assigned perimeters. It’s not like any series of unfortunate events will stop at the turn of the 2017 clock. Everyone is going to die at some point. Except Kirk Douglas. He’s 100! And Olivia DeHavilland. She’s also 100! And that guy who eats organic foods they advertise in the chicken shop on the Drive – 179 Years Old Man! 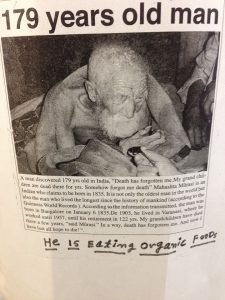 “Death has forgotten me and now I have lost all hope to die!”

But in terms of this short essay, let’s just say that 2016 wasn’t the best year in the recorded history of the human race. The bummer list is long as many cherished celebrities passed: Carrie Fisher, George Michael, David Bowie, Prince, Leonard Cohen, Mrs. Brady. Yet Dick Chaney, Bill Cosby and Ted Nugent continue to live! Where’s the justice in that?!  The crisis in Syria worsened as refugees flooded the globe and xenophobia became front and centre in many places. Even more celebrities died: Anton Yelchin, Alan Rickman, Fidel Castro (he’s a celebrity, right). Donald Trump is going to be the next president of the U.S. (still swishing that sentence around in my mouth). And still more famous people shuffled off this mortal coil: Abe Vigoda (although I think everyone thought he died years ago), George Kennedy, and Schneider from One Day at a Time (there are tons more. Just watch the Oscars In Memoriam for the full list). 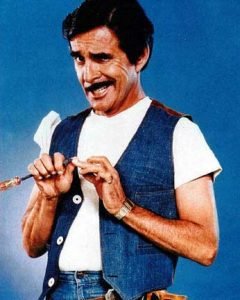 On the store front it was a good and bad year. Good that we’re still here able to provide you with the finest in home movie entertainment. Bad when a disgruntled former employee launched a lawsuit against Black Dog with the intention of shutting us down. It was complicated and stupid and dragged on for over nine months until we were able to settle out of court. It was a stressful, ridiculous time as I didn’t know if this was going to sink us or not. But then we had a stroke of good luck as we acquired a large collection of incredible films which we put together for a couple of amazing sales. The profits helped us immensely with all the legal crap. We really could have used that money for better purposes but, whatever, it was sort of worth it as this person is no longer with us much to everyone’s approval and rejoicing. That trash has been taken out. We’ve had a number of setbacks over the years – the great fire of 2004, the Canada Line construction that dragged on for years, the passing of our good friend, John, and the general ravages of the internet age. Add this one to the pile. But we’ve managed to fight through everything and still stay afloat. You can’t keep a good dog down!

So what does 2017 hold for your favourite video shop? I have no idea but my main goal is to be writing another one of these missives a year from now. I am super grateful to be able to still be doing this in these crazy times and I owe a huge debt to all of you lovely folk who continue to get out of your homes and trundle on down to our shops. Without you, we are nothing. I hope that everyone has a wonderful, safe holiday filled with family, friends, cold and hot drinks and some great flicks. Cheers to you all!