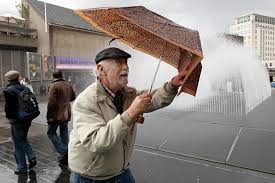 That was a nice little tease now wasn’t it? That lovely smattering of rain? Appropriate that it rained on Saturday as I hit the big 5-0 that day. Not that I’m sad or confused or anything as it’s just a number. You’re only as old as you feel, right? Or so they tell me. But it seems like 50 is a major one. The big one. I’m officially sliding into old man territory. Time to tie an onion to my belt and start yelling at clouds.

A Chef’s Life Season 1 – TV show from PBS (so it must be good, right?!) follows chef Vivian Howard as she makes the move from a high end NY restaurant to something a little smaller in North Carolina. For those of you who like to eat and watch others eat.

It Follows – My eyes are burning to see this film as I’ve heard it’s, like, the best horror film of the past 100 years (give or take a year). 19 year-old Jay gets it on with some dude but is then plagued by the sense that someone, or something is following her. Don’t know much more than that and I don’t want to as it is at the very top of my list of films to see! RJ says it’s one of the best, most original horror flicks in ages.

Last Days in Vietnam – Excellent doc that chronicles the end of the Vietnam War (or the War of American Aggression as it’s known in some parts of the world) as the communist forces overrun Saigon and the American stragglers struggle to escape.

The Longest Ride – The latest Nicolas Sparks romantic sap-fest with a bunch of pretty people with very nice teeth falling in and out and in love and riding bulls and wearing over-sized cowboy hats.

Riot Club – British film about some spoiled rich jerks who aim to succeed by doing things and joining something called the Riot Club. The box says, “A British cousin to Wolf of Wall Street”. I guess it’s not close enough to be a brother, sister or step-dad. 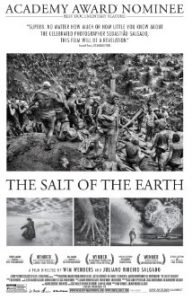 Salt of the Earth – Most excellent doc by Wim Wenders that looks a the photographer Sebastiao Salgado (ya, me neither) and his amazing photographs.

The Story of Film – Huge 15-part documentary (it’s even called “An Othat tells you everything you’ve everything you needed or wanted or needed to know about film from 1895 to 2000! Top Notch stuff!

Survivor – Milla Jovovich is wrongly accused of some terrorist shenanigans and then must go on the lam to escape nasty, but still sexy, Pierce Brosnan! Exciting!

On the Shelves Next Week

The One I Love

That’s it for this week folks. Stay safe. Pray for more rain.