So it’s no surprise that video stores have fallen on hard times and many have disappeared over the last several years. Besides Black Dog, there might only be 2 or 3 left in town. It’s been a struggle the past number of years to keep this boat afloat. I’m not one to usually talk about numbers but our rental revenue has decreased by about 40% over that past few years. This isn’t a huge surprise—obviously technology has been moving this direction for some time—but the decline has been more dramatic than we had anticipated. We’ve responded by doing everything we can within the limited scope of this business. We have fabulous deals almost every day of the week, we offer a money-saving punch card for frequent renters, and we have reasonable rental periods and cheap late fees on which we’re almost always willing to cut you a break. Having such small stores we aren’t able to move into sales or offer any other services like coffee, ice cream, booze or sex toys so we have to rely on you fine folks to keep us doing what we love to do – provide a unique and well-cultivated selection of cinema served to you by seasoned staff who are passionate about film. 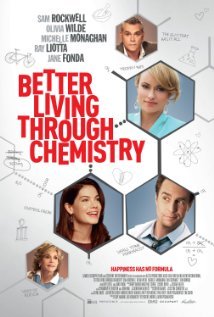 Better Living Through Chemistry – Fun looking comedy with a fine cast – Sam Rockwell, Olivia Wilde, Ray Liotta, Jane Fonda – about a straight-laced pharmacist who hooks up with a attractive customer who takes him on a bender fuelled by drugs, sex and maybe even murder! I like all of those things. Also on the Blu Ray. 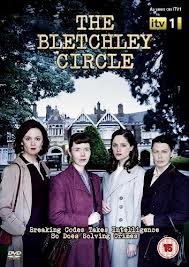 Bletchely Circle Season 2 – More crime-solving shenanigans from the WWII code-breaking women from Season 1. Heard some swell things about this show. It’s on my list. My long, long list. 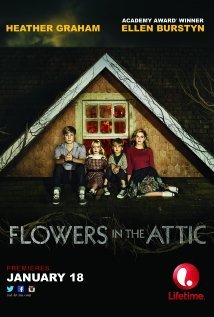 Flowers in the Attic – Evil Granny Ellen Burstyn keeps her grandchildren locked in the attic of her house where they’re forced to live and “come-of-age”, if you get my drift. And I know that you do because my drift is strong! Heard that this adaptation of the novel of the same name veers into “so bad it’s good” territory. I might be up for a watch. Who’s in? 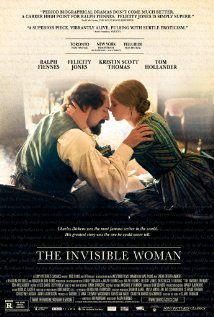 The Invisible Woman – Dang, I was hoping this was going to be a kind of sleazy comedy where a woman finds out she can turn invisible and then does some crimes and goes in men’s locker rooms and stuff like that because that’s what an invisible guy would do, right? Anyhoo, this film, directed by and starring Ralph Fiennes, is about Charles Dickens and the his secret lover, who may or may not be invisible. Also on the Blu Ray. 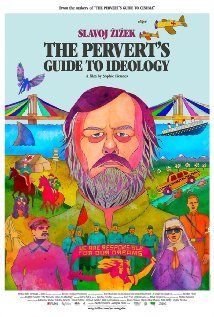 Pervert’s Guide to Ideology – That crazy (crazy in a good, smart, amusing way that is) Slavoj Zizek attempts to uncover the hidden meaning of many Hollywood films by applying psychoanalytic theory to film interpretation. We are responsible for our dreams. This is the ultimate lesson of psychoanalysis – and fiction cinema and so forth. Good times for your head. 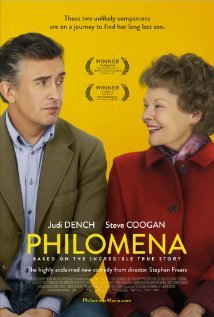 Philomena – Dame Judi Dench and funny guy Steve Coogan go on a road trip to Spring Break where they fall into the wrong crowd led by a crazy James Franco who makes Dame Judi Dench “look at his shit” as they go on a coke-fuelled rampage through the party towns of Florida. I think that this is the synopsis. Either that or Coogan plays a reporter who helps Dame Judi Dench track down the child she was forced to give up decades ago by a crew of evil nuns. Lousy nuns. Also on the Blu Ray. 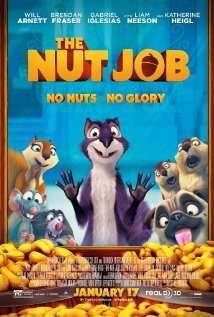 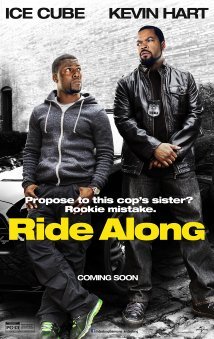 Ride Along – Ice Cube (you’re a long way from NWA, dude) is a cop who takes his sister’s boyfriend on a “ride along” in his police jalopy to see if he’s worthy of dating her. That’s a weird thing to do. My guess is that it starts out with the guy, tiny Kevin Hart, bumbling and being a smart aleck but he proves himself to the Cube later on, earning his respect. Some comedy and, probably, gunplay factor in here as well. Also on the Blu Ray. 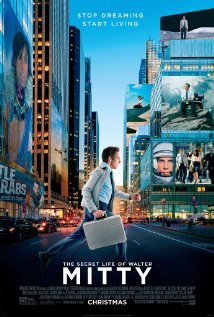 Secret Life of Walter Mitty – Hit-and-miss Ben Stiller directs and stars along some special effects in this fine tale (don’t know if the movie is any good, but I like the story) about a guy who fantasizes a lot about a bunch of different things but then gets the chance to explore the world. To me it seems like it might be a cross between Eat, Pray, Love and Forrest Gump that targets emotionally stunted man-children. Hijinks and sappy life-lessons, I presume, ensue. I imagine I’ll be taking a pass on this one. Also on the Blu Ray. 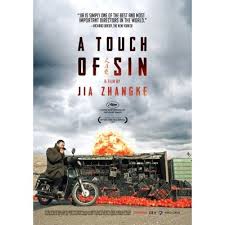 Touch of Sin – Our newest rookie, RJ, (this was his favourite film of last year) chimes in with this little review/synopsis – Taken from the actual news headlines in China, Jia Zhangke weaves four bloody stories of explosive violence. A Touch of Sin asks how does an ordinary non-violent criminal suddenly become entrenched in violence? Is corruption so rampant that society has lost all humanity, or is there something else going on? Stylish and scathing, Jia Zhangke has taken social critique to a highly entertaining form. Good job, rookie! 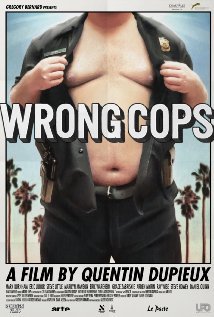 Wrong Cops – Sequel of sorts to Quentin Duplex’s weirdo, surrealist flick, Wrong, from last year. This one stars that deadpan cop, Mark Burnham, who, along with some other bad cops, look to dispose of a body that one of them accidentally shot. I much enjoyed Wrong and with some inspired casting – Marilyn Manson, Grace Zabriskie, Eric Wareheim and Eric Roberts – this one should be a hoot.

Oh there’s a big Easter Egg hunt in the Cambie Village this Saturday. Stop by for some Easter treats!

My good friend is working on her Ph D. at the moment and is conducting a survey on Digital Photographs Accessed and Stored in Social Media Platforms. If you have the time and/or interest please fill out this little survey. It’s for a good cause. http:// https://ubcarts.co1.qualtrics.com/SE/?SID=SV_8GkCqT0B3v37pXL

And after you’re finished that, laugh at this…http://www.wimp.com/gamegoats/